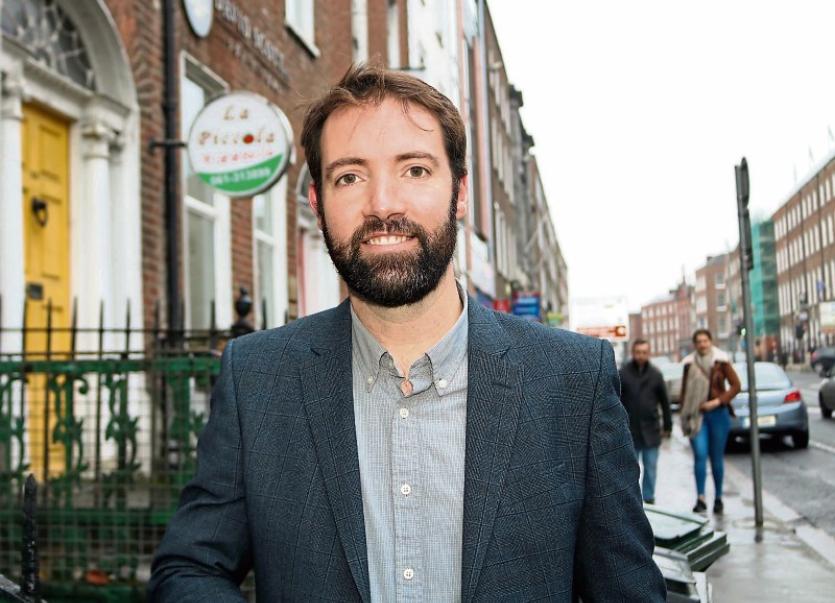 Brian Leddin has confirmed he is to seek election in City North for the Green Party | PICTURE: Michael Cowhey

ONE of Limerick’s famous political families could be welcoming another member to the council, in the shape of Brian Leddin.

The 38-year-old Clancy Strand man has confirmed he is to seek election in City North for the Green Party.

If elected, he will follow in the footsteps of his mother Kathleen, who served as an Independent for the area between 1999 and 2014, as well as his father, the late Timmy, a former Fine Gael man.

In addition to this, his cousin Cllr Joe Leddin sits on the local authority as a Labour councillor, with all three holding the city’s mayoralty in the past.

“With me running for the Greens, we straddle the whole spectrum of the political divide in Limerick. The name is well known,” Mr Leddin admits, “I grew up in a house where local politics was spoken about night, noon and day, and it’s something which comes very naturally to me.”

The Green Party has never elected a councillor in Limerick – but he is hoping to change this.

“A lot of the stuff i’ve been involved in over the past few years is quite aligned to what the Green Party is about. I’d be someone who has been quite opinionated in the way the city should be run. So this is the next step for me,” he told the Limerick Leader.

Mr Leddin says for the last few years, he has been working “in the background” on various sustainable initiatives for the city.

A long standing member of St Michael’s Rowing Club, in 2015, he resurrected An Taisce in Limerick, before joining John Moran and Ailish Drake to establish Liveable Limerick.

On top of this, he founded the Limerick Cycling Campaign and already sits on the council’s travel and transportation committee.

“I am proud to come from Limerick, there is nowhere else i’d rather live. I am also very excited about our city’s future, and I believe it has great untapped potential,” he says, “In order to create a strong city which is a counter-balance to Dublin, we need to get things like economic planning right. It’s not going to happen unless we do this.”