Limerick Person of the Month: Jayne honoured for her ‘fresh’ approach 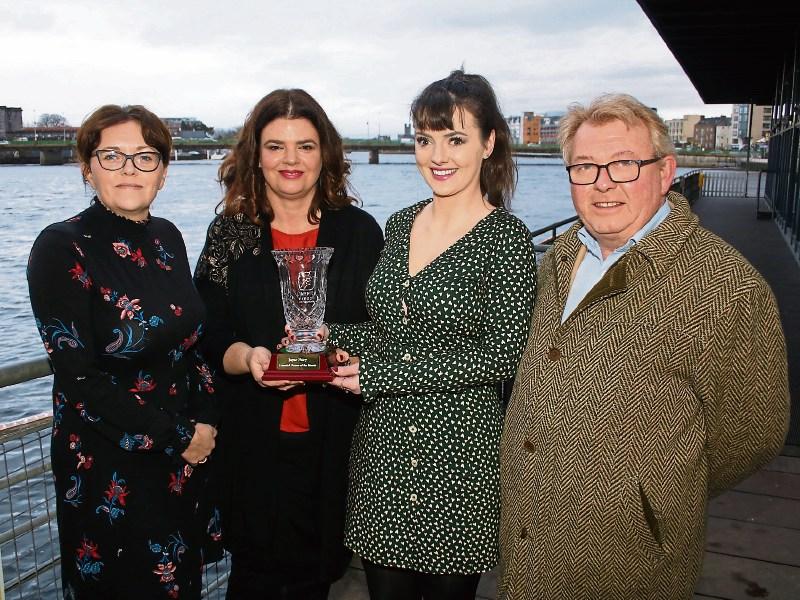 A LIMERICK woman whose passion for film and young people resulted in the foundation of a festival which has been a springboard to countless rewarding careers has been named the Limerick Person of the Month.

Over 20 years ago, Athlacca native Jayne Foley, fresh from Limerick School of Art and Design, decided that the Irish film community was missing something.

In 1997, Jayne decided to change that. Her desire was to give young people a platform to express themselves and share their films with their peers, and so she founded a film festival.

Over the past 20 years Limerick’s Fresh Film Festival has assisted thousands of young people in not alone expressing their creative talents but also in aiding their personal development and nurturing lifelong careers.

“I had completed a degree in ceramic design in Limerick School of Art and Design and then did teacher training and a Masters in Education. I had the teaching background and I could see that transition year was becoming popular in secondary schools. At that point there was a Limerick Film Festival that I was involved in. I have always been interesting in supporting young people so we sent out an entry form for Ireland’s Schools’ Video Competition. It was the late 1990s and they were big clunky VHS tapes and I think we got 50 entries back which we were really shocked by,” Jayne explained.

The competition grew and Jayne decided to build a festival around it - all centred on young people. “One of our first winners in the late 1990s was a man called Vincent Lambe. He was only 17 at the time and last week he was shortlisted for an Oscar. It’s very exciting.”

The Limerick-based Fresh Film Festival, now in its 22nd year, provides an opportunity for young filmmakers to create work and to screen work that otherwise may not be possible.

Fresh Film Festival has grown tremendously since its inception and as both the festival's founder and creative director, Jayne has seen every moment of its development.

“I feel the teenager years are a really exciting age and if you can get them interested at that age and help them it really means a lot to them.”

The festival office is in operation all year with lots of events taking place including showcases and an event called Hothouse which is a talent development opportunity for  young filmmakers that takes place in association with RTE. There is one woman working in the office full-time and then, coming up to the festival, there are a number of people brought in for a three-month period.

The festival itself always takes place in March for about a week. “We have screenings of feature films, films made by young international filmmakers, films made by young people under the age of 18 and films made by seven to 12-year-olds in our junior category. We have feature films and workshops and we have an international strand whereby young people from other countries come to the festival and we do a sort of swap. They make films while they are here and then they swap them with the young Irish filmmakers.”

While sometimes young people can be nervous about putting their work forward -they think it won’t be good enough -in Jayne’s experience “it’s always good enough”.

“Usually we screen them out in the Odeon in Castletroy and to see your film playing in cinema number one while you eat popcorn with a massive audience is really exciting.”

Jayne, who now lives in Dundrum, County Tipperary gets a special thrill when she sees the names of previous winners of the awards popping up on credits for various productions.

She is particularly excited to have Troy Studios here in Limerick.

“We have met with them many times and it’s something we are hoping to develop.”

Jayne, who is also an art teacher at the Further Education and Training Centre Kilmallock Road Campus, paid tribute to all those who have make the film festival the success story it is today.

“We were so lucky that the late John Hunt gave us money for three years to keep us going and after the end of that three years we were in a position to apply for arts council funding which we received and continue to receive to this day.” Without that I think it would have been very tricky to keep going.”