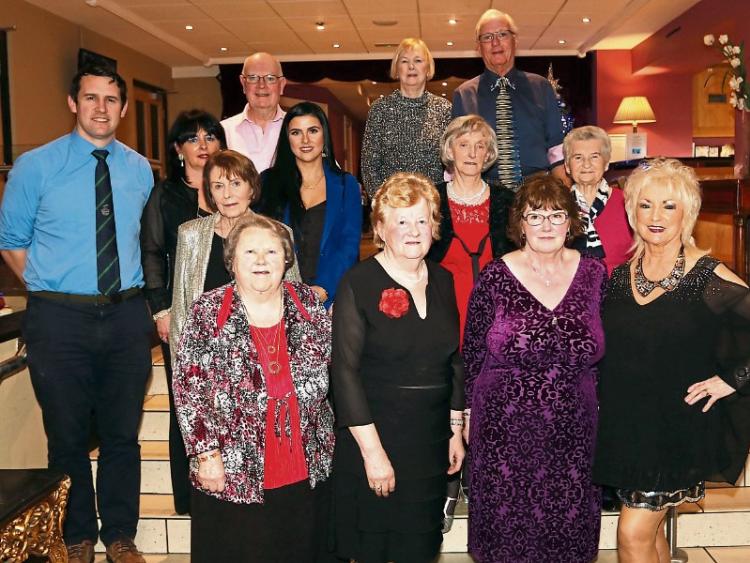 THERE was once again a huge turnout for the Limerick Senior Citizens Club annual Christmas dinner held at Pery’s Hotel on Glentworth Street.

Guests from throughout Limerick city and county enjoyed an evening of food, drink, music, dancing and socialising in what was a very convivial atmosphere.

It was the 47th time club members have gathered for their annual Christmas dinner.

The club was set up after the late Fr John Ryan identified the needs of the elderly, with loneliness a key issue.

Sadly, the club’s honorary chairman Peter Quinn was unable to join the event this year, but warm wishes were paid to him from compere PJ Collins, and local councillor Frankie Daly, who turned up to show his support.

Other special guests included the senior citizens club from the St Patrick’s-St Brigid’s parish, as well as several clubs from across Clare.

Cllr Daly said: “This is a legacy of Peter’s. Looking around here, I see some fantastic people. To be involved in this and the trojan work that goes on behind the scenes is inspiring. I was blown away by the talent and the singing was exceptional.”

He said the group represents “the fabric of Limerick City”, and the “people who built this city”.

Senior Fianna Fail TD​ Willie O’Dea is a regular attender of the event.

However, this year, he was not in a position to attend – he sent his apologies, but his wife Geraldine was present.

The senior citizens club meets every Tuesday night at 8.30pm in Pery’s Hotel for their weekly social where they enjoy refreshments, old-time dancing and cabaret.

Their first meeting of 2019 will take place on Tuesday, January 9.