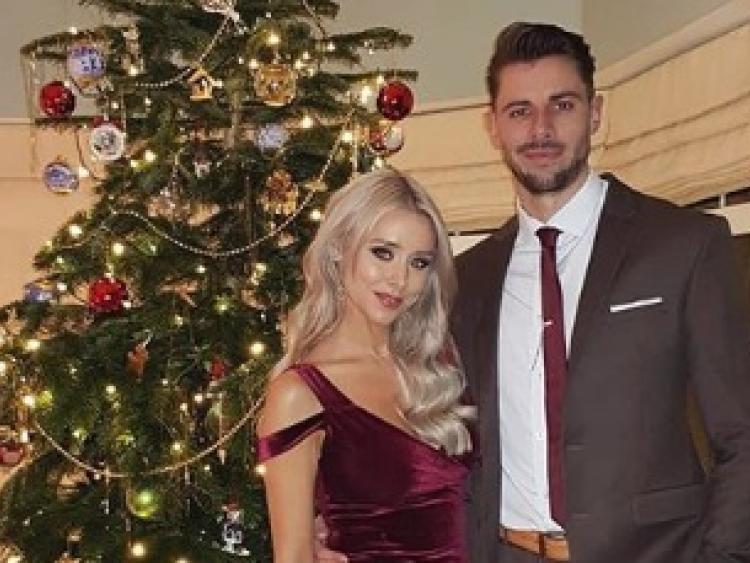 POPSTAR Una Healy has gone public with her romance with a former Limerick senior hurling captain, sharing a festive snap of the couple on social media.

Speculation had been rife that a relationship was blossoming between the ex-Saturdays singer and former Na Piarsaigh and Limerick forward David Breen, after Una accompanied his family to the team’s clubhouse in November.

I have tried to hide him but he’s too tall

The songstress confirmed their relationship this weekend on Instagram, sharing a festive snap of the couple, with the caption ‘I have tried to hide him but he’s too tall.’

David currently works as a physiotherapist at top English rugby side Wasps, and has previously worked for Leinster.

Its understood Ms Healy and Mr Breen attended a Razorlight concert together two weeks ago.

In November, Una was spotted in the Gaelic Grounds where she witnessed Caherdavin club Na Piarsaigh’s comprehensive County Final win over Doon.

She then accompanied David and his family to the team’s clubhouse to enjoy the post-match celebrations.

Since her split from rugby star Ben Foden, Una has spent a lot of time back home in her native Ireland.