Limerick Business Leader: Croom Spar is ‘a shop full of character – and characters!’ 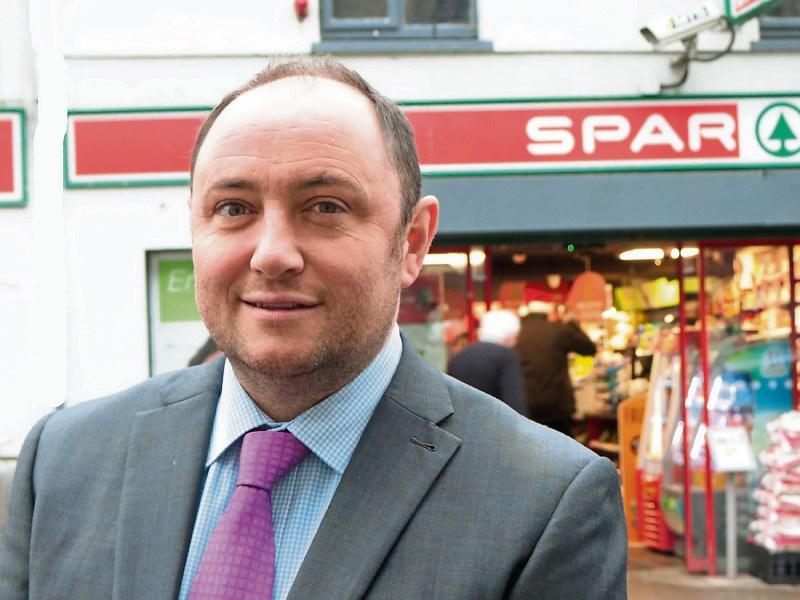 Tell us a little about Broderick’s Spar, Croom?

Spar Croom is a rural supermarket employing 32 people. I always feel it is a shop full of character – and characters – which I think is a great way to describe a rural store. We are a full supermarket and a convenience store, one-in-one. We have a full red-meat counter, a full off-licence. We have people who do their full trolley shop here, and there are people who do their top-up shopping here. The shop has been in Croom for over 40 years, but I’m here 15 myself.

I am the owner of the store. My role is varied. A lot of the people I work with were here long before me, and as a result would have vast experience. My role is to really do whatever needs to be done – meeting customers. We thrive on fresh food, so we are always trying to come up with new ideas.​

I’m a Kerryman, from Castleisland. Now I live between Croom and Adare.

What is your educational background?​

I went to St Patrick’s Secondary School in Castleisland. I left in third year, something I later regretted.​ However, through my job, I later secured a diploma in retail from UCC.

Despite leaving school early, I went onto become a trainee manager with SuperValu and worked my way up the ladder from there. This is how I secured my diploma.​ I have been obsessed with retail from an early age. I had worked as a young lad packing shelves in SuperValu at Castleisland, and it was at the age of 16 I was appointed a trainee manager. In 1992, a new SuperValu was opened in Tralee. I became the assistant manager in that store at the age of just 18 years old! From there, I moved to Newcastle West’s SuperValu in 1995. Aged 21 years old, I became store manager. Back then, I would have been the youngest manager in the group. But it was a good indication of the owner of these stores, Thomas Garvey, and his confidence in people, the fact age was never a barrier. In 2003, I took over Spar Croom.

Why did you decide to go into business alone?​

It’s every manager’s dream to have his own store and to put his own trademark on it.

The opportunity came up for Croom then, so I took on a lease on the store.

The opportunity come up then to buy it. The unfortunate thing is I bought it at the wrong time, during the height of the boom, which led to difficulties down the road. But it was a known busy site, so it represented a good challenge for me.​

I have just recently purchased the building adjacent to us, which is the former Ulster Bank. In the next year, we hope to complete a revamp on the existing store and extend into the former Ulster Bank. We’d hope to have a nice sit-down area, an in-store bakery and just to give the whole store a new image. We are hoping to employ 10 more people as a result.

’If you dream it, you can do it’. During the tough time when the vulture funds took over, it was the support of my staff and customers that got me through it. It is very ironic alright to buy the bank that sold the loans to the vulture funds.

I am a passionate Kerryman, and so I have a love of Gaelic football! Over the years, I have been swayed by hurling. It’s been a very successful year for Limerick obviously!