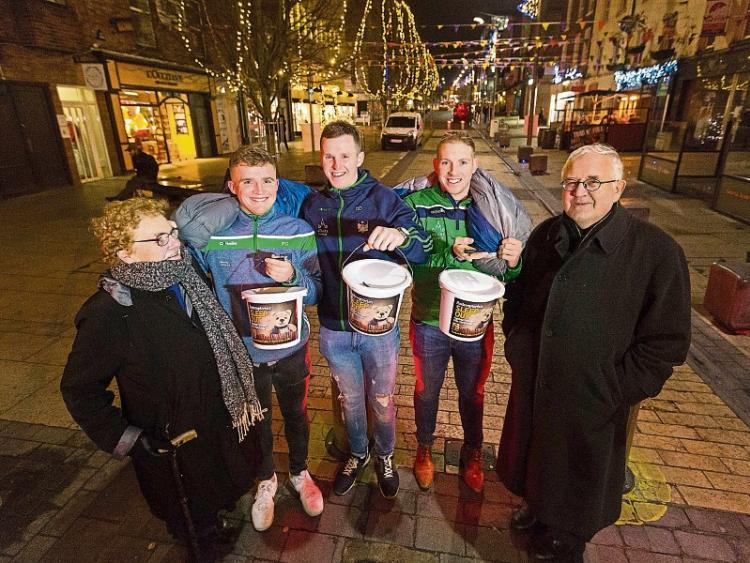 A GROUP of nine people from the Redemptorists Church braved the elements and took to the streets for a sleep-out in aid of the church’s hamper appeal.

The sleep-out took place last Friday, December 14 at the corner of O’Connell Street and Thomas Street.

Fr Michael Kelleher was one of the nine people who faced the bad weather overnight.

“It went very well, but it was very damp. It was warmer than last year but far wetter. Water ran clean through the tent,” said Fr Kelleher.

“For us to do it for one night was enough. I couldn’t begin to imagine what it is like to do it every night. It was very hard to sleep. There is no sense of security,” he added.

Peter Casey, David Dempsey and Shane Dowling of Limerick’s victorious All Ireland senior hurling team were there to launch the sleep-out. The Redemptorists hamper appeal, the brainchild of Fr Seamus Enright, has a simple aim, to put food on every table at Christmas.

“I would not in a million years want to be on the streets,” said Fr Kelleher.

“To sleep out in the streets during winter in Ireland, dear God in heaven, I would never want to have to face that,” he said.

“I was taken aback, there was a kindness to people. There was no hostility and no nastiness from anyone we met on the streets,” he added.