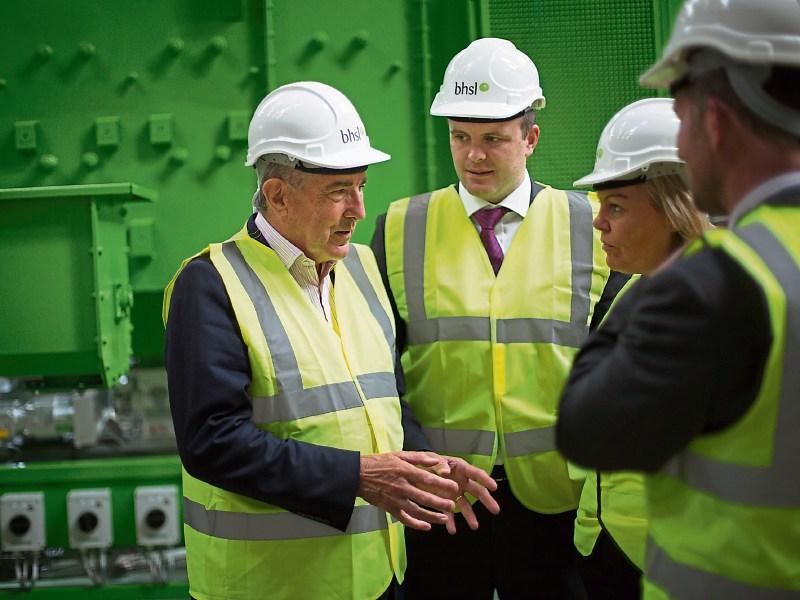 THE West Limerick company which has led the way in transforming poultry manure into energy has now taken another step forward in the waste to energy business.

BHSL Hydro, which is based in the Kantoher Business Park, has acquired Glanway, the Kilkenny-based plant which has an EPA licence to process 130,000 tonnes of municipal waste each year.

Glanway is one of the fastest growing waste management businesses in Ireland, and is responsible for processing almost 10% of the 1.6m tonnes of municipal waste produced in Ireland each year. This is typically the organic waste disposed of by households, often in the brown recycling bin.

“This is a significant acquisition for BHSL Hydro and gives us a strong position in the processing of municipal waste in Ireland,” said Denis Brosnan who is Executive Chairman of BHSL Hydro.

“We have evolved our strategy in recent years to encompass both the development of waste engineering technology and waste processing,”he said.

“We expect to make further significant progress on expanding both businesses in 2019.”

The existing management team of Glanway will retain a minority shareholding.

Meanwhile, BHSL Hydro is raising funds to pay for its latest acquisition and to fund further planned expansion next year.

According to a statement released this Wednesday, the company is close to completing the raising of €8m of new equity, bringing its total equity raised to over €20m since 2016. The company has also agreed loan funding from Beechbrook Capital, a leading provider of financing to SMEs in Northern and Western Europe.

The acquisition of Glanway is the second major strategic expansion for the company which started out as BHSL pioneering the poultry manure to energy process. Last year, BHSL acquired Hydro, the wastewater and effluent treatment company, becoming BHSL Hyrdo.

The Hydro division was recently selected by Irish Water as one of its 15 approved companies in its most recent tender framework.

Last year, BHSL Hydro won the Best Use of Technology award in the Agribusiness Awards scheme.