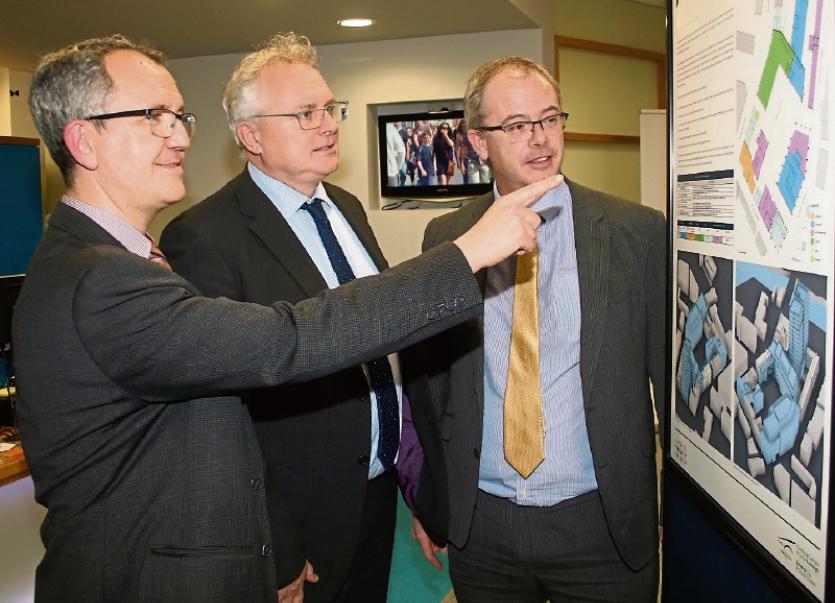 THE chief executive of Limerick Twenty Thirty David Conway says the company is trying to “maximise” the number of apartments in Project Opera.

The Limerick Leader understands that six per cent of the €180m plan will be dedicated to permanent housing, with the other 10% being an apart-hotel serving a transitory population.

It comes as plans for the massive development around Patrick Street were put on display one final time before the application is formally submitted to An Bord Pleanala.

The residential units proposed for the commercial/office/retail development, which could bring up to 3,000 jobs, are understand to be earmarked for Ellen Street and Patrick Street, and will be mainly apartments.

He defended the provision for residential in the development, saying: “People want jobs as well. You need to be pragmatic in terms of your approach. Jobs lead to viability, viability leads to housing. So there is a balance. What’s the point in putting up houses if you don’t have balance? There is a chicken and egg approach and jobs come before residential.”

The Granary will be preserved but transformed internally predominantly for office use, but also food and beverage use.

Michael Street will get a six-story new build which will accommodate office, innovation, education, retail and food beverage space. Another parcel, at the corner of Patrick Street and Ellen Street, will see the apart hotel on a five-storey development and an existing four-storey structure.

On top of this, Project Opera will bring a new world-class city library.

At the first night of public consultations on Project Opera this Tuesday, there was a steady turnout.

One of those present, Fr Seamus Enright of the Redemptorists said: “I’d have been happier had there been more people living on the site. It’s small enough.

“One thing which strikes me is that I go to Rome a lot for meetings, and it’s such a living city. You go downtown at night, and there are restaurants and little shops open. People live upstairs. We’ve lost that in Limerick, and I’d hope this might have done more to bring this back.”

Despite this, he welcomed the development, saying it is “exciting”, and the new library will be “amazing”.

He said: “It’s such an important development, very badly needed. It’s a magnificent urban site – one of the very finest in the country.”

Corbally man Ray O’Halloran added: “It’s probably the best thing that ever has happened to Limerick. I think it’s fabulous. The presentation is terrific. They have every angle covered down to offices, housing and everything else you can think of. I cannot believe how good it is, and the fact it could be finished within three to four years is super. It could change the whole emphasis of the city in terms of bringing people back in.”

There was another consultations on Project Opera this Thursday night at the City Library and the final public event takes place this Friday between 5pm and 7pm in the council’s offices in Dooradoyle.

Submissions from the public are being accepted until Wednesday, December 12, Mr Conway said.

It is hoped the final application for Project Opera will be submitted before Christmas.