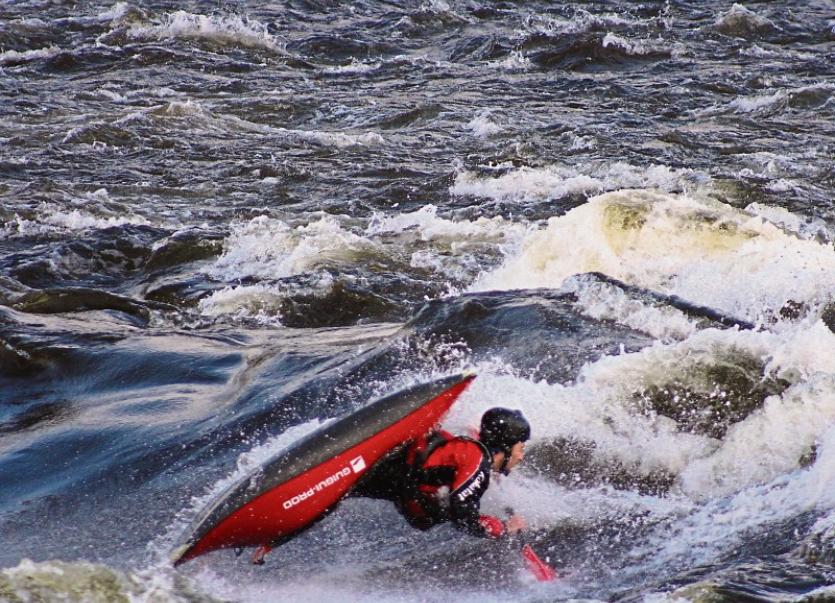 It is a well-kept secret that located in the heart of the city, just under the shadow of King John’s Castle, there is a world-class standing wave on the river Shannon suitable for freestyle kayaking.

Not that everyone is unaware, as each year the Irish Freestyle Kayaking committee, in association with Canoeing Ireland, host an event here.

The wave forms on the river Shannon at a spot known as the Curragower Falls, with the rapids only appearing when the river is at high flow, during low tide.

The aim of any freestyle kayaking event is to complete as many tricks as possible in short order whilst surfing on a white-water feature.

This year the event which was entitled ‘Gower Jam’ was held on Saturday, December 8, and it did not disappoint.

Limerick-based Irish women’s team member, Gill Crawley was delighted to be back and competing locally.

“Curragower is my favourite kayaking destination in Ireland, and I was thrilled to get an opportunity to compete here again,” said Gill.

“Hopefully, we can get more Limerick kayakers involved next time,” she added.