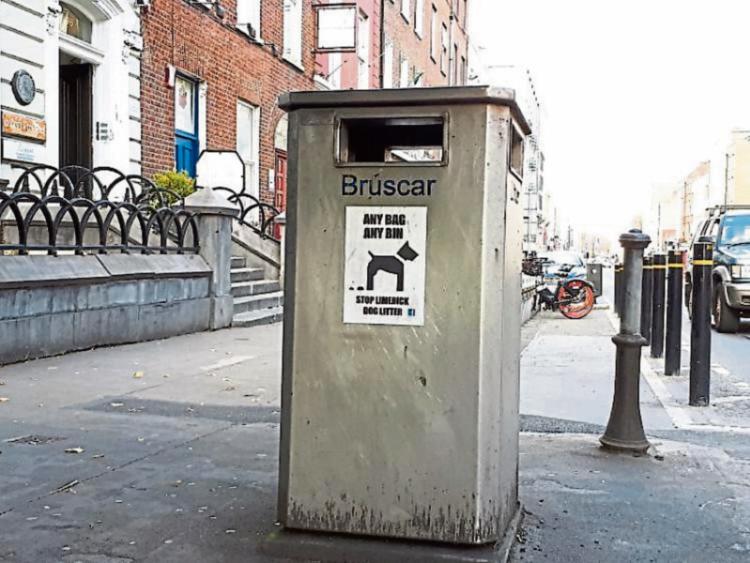 LIMERICK City and County Council is replacing all street bins in the city with new “smart bins” that will issue alerts when they are full, it was announced this week at County Hall.

The news came at a environment strategic policy committee meeting this Monday morning, after Fine Gael councillor Elenora Hogan called for recycling bins to be installed across the city.

In response to Cllr Hogan’s motion, director of service in physical development, Brian Kennedy said they “will look at the cost implications” of the project.

“Limerick City and County Council has commenced replacing all street bins in the city and its environs (Castletroy and Dooradoyle) in the current year and is currently in the process of completing this. The new smart bins contain a sensor that alerts collection teams when the bins are full,” he said in a statement.

Mr Kennedy said, at present, there is no system for separating different materials in litter bins. He added that implementing this would involve changes to bins and to the fleet that collect the rubbish.

He said the council will “undertake a study to establish the cost and resource requirements of providing segregated litter bins, and will report back to the environment strategic policy committee on the outcome of the study to advise on the cost of same”.

“I think it’s a good idea. It’s obviously something that is new to the council. But at the same time, we might want to look at trialling recycle bins around the city.”

“We heard David Attenborough talk about we’re doing an awful lot of damage to the world. It’s our own responsibility to save the world. We have to be sensible about what we do in relation to recycling,” she told The Leader.

Independent councillor John Gilligan seconded Cllr Hogan’s “timely motion”, and opined that “one of the biggest problems” is the disposal of batteries.

He called for a “ban on single-life batteries”, adding: “It’s no longer acceptable. Millions of batteries will be used over Christmas and they will be dumped on a landfill somewhere.”

Fine Gael councillor Marian Hurley said: “We really need to highlight to the people, to the public, that they are really doing something good when they are recycling.”

This motion followed a presentation on the council’s policy of pollination of plants by senior executive engineer, Anne Goggin.