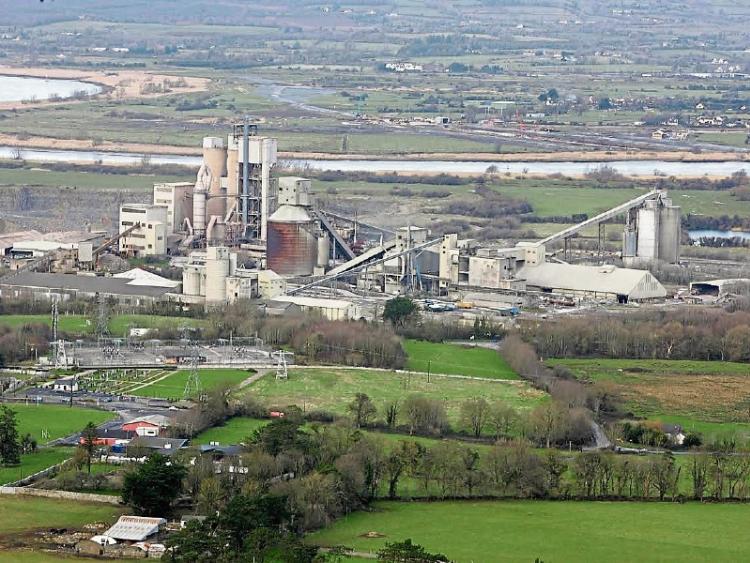 LIMERICK City and County Council says it is “very anxious” that the quality of life of those people living near the Irish Cement plant in Mungret is not impacted by the firm’s €10m plans.

The local authority’s environment directorate has produced a comprehensive list of recommendations to the Environmental Protection Agency (EPA), which is deciding on controversial project to replace fossil fuels with solid recovered waste and used tyres in the production of the material.

It comes with the EPA set to decide on whether to afford Irish Cement a licence to operate the controversial blueprint.

Brian Kennedy, director of service with the sector, has urged the environmental regulator to consider the “effects of total nitrogen and sulphur deposition” on special areas of conservation, and local nature areas.

“The council also recommends the existing baseline value for ammonia should be established in order to understand the capacity remaining in the ambient environment which will in turn dictate the critical limit allowed for the facility."

This, he says “provides hypothetical worst case exposure pathway information. This was a primary concern of some objectors so this would provide transparent information on the exposure risk to such compounds on a cumulative basis for local residents.”

Concern has also been expressed of the odours which could emanate due to the storage of the alternative fuels.

Mr Kennedy writes: “It is suggested that storage buildings will be passively vented. A risk analysis should be performed whereby the maximum amount of fuel storage should be determined without the implementation of odour mitigation on site and what the likely impacts of same will be for odour and dust.”

The EPA must also carry out background monitoring in order to place a “critical limit” on the amount of ammonia for the assessment of impacts on habitats.

Mr Kennedy also asked the environmental regulator to consider if the noise from the Irish Cement factory if reforms are passed.

“The effects of these additional noise sources in addition to the air cooler should be considered on noise sensitive locations given how close the predicted level is the limit of 45 decibel weighting.”

Irish Cement’s plans have been controversial, with almost 4,000 people writing to express their opposition to the environmental regulator, citing fears over an emissions.

However, the firm has always insisted its plans will not lead to an increase, due to the fact the burning will take place at such a high temperature.

An Irish Cement spokesperson said: “The company is currently preparing a response to queries from the EPA as part of that process.”