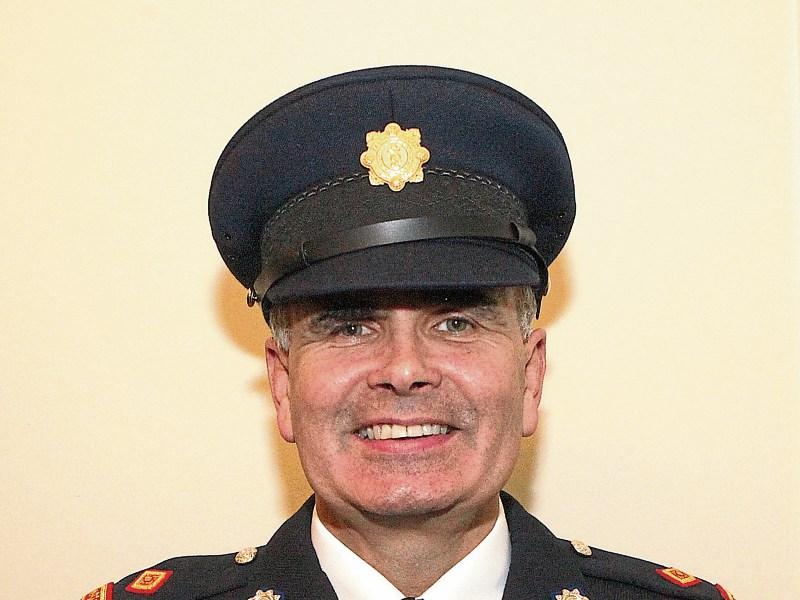 Lock up and Light up: Advice from Supt John Deasy

LOCK up and light up, is the emphatic advice to householders over the Christmas period from West Limerick’s new garda chief, Supt John Deasy.

And he also advised car-owners not to leave their cars unlocked or to leave shopping on display which would entice would-be thieves.

Speaking to councillors at a meeting of the Newcastle West Joint Policing Sub-Committee this Wednesday, Supt Deasy said that the Newcastle West district had been assigned two new garda members and he was hopeful that more resources would be forthcoming in future.

“Recruitment is flying in Templemore,” he said, pointing out that more resources would allow greater visibility, more mobile units, more gardai on the beat and would also open up the possibility of task forces to address problem issues.

He also told councillors that the number of check-points in the district had increased by 50% this year to 1,859. While these were mandatory check-points, they were also part of the anti-burglary strategy, he explained.

Supt Deasy also  directly addressed any public fears that policing levels in the town would decrease as some garda staff were moved out to other stations to  enable the new garda station to be built.

“We are not decreasing policing in  Newcastle West,” he stressed. “It is the county town. It is a big centre for people.”

He confirmed that his office and staff had moved to Askeaton and that the detective unit would transfer to Rathkeale by the end of this week.

But, he stressed, the majority of station members would remain in Newcastle West and he himself would come to Newcastle West every day he was in the district.

From Easter of next year, he explained, Newcastle West station gardai would transfer to another building in the Gortboy area which was currently being refurbished for them. “We have to prepare for when the bulldozers come in,” he said.

The station in Abbeyfeale had been looked at as an alternative but would not have been able to accommodate the full complement of gardai, he told councillors.

However, he added, a number of additional gardai were now based in Abbeyfeale and he undertook to look again at the possibility of having longer opening hours at the Abbeyfeale station.

He also undertook to take another looked at certain locations mentioned by councillors where Go Safe Vans were causing public frustration.

Reporting on the year to date, Supt Deasy said burglaries were up slightly on 2017 but they had had a number of successes in detection.

Unauthorised taking of vehicles was down, he said, as were thefts from vehicles. But he warned people not to leave their vehicles unlocked.

Assault causing harm offences are up, the superintendent said, but assaults in general were down.

“Detection rates for assault are very very good,” he said. The number of criminal damage cases was up from 139 in 2017 to 157 this year, he said and the number of public order offences was also up.

The figures just showed prosecutions for drugs, Inspector Alan Cullen told councillors but did not tell the full story of a great many searches of cars and houses to detect and deter.