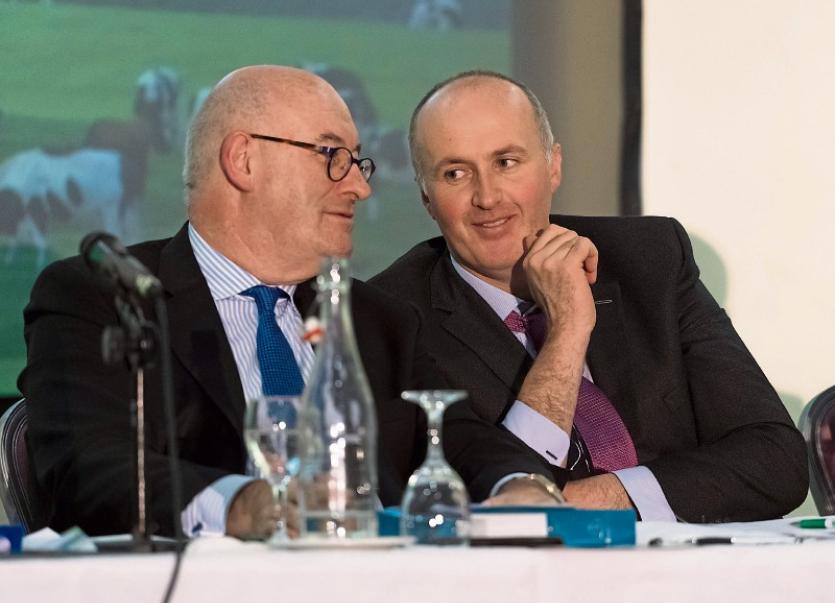 OVER 300 delegates travelled from every corner of Ireland to Limerick city for the ICMSA AGM.

They came last week to hear a high-powered selection of farm and agri-related speakers lay out the current situation pertaining to Irish farming in general and Irish dairying in specific.

As befitted a Limerick-based organisation and the only national farm organisation located in the State’s farming heartland, the majority of the attendance hailed from Limerick, Cork and Tipperary. In the celebrated tradition of ICMSA there was plenty of “straight talking”.

Commissioner Hogan warned that emissions will be the new quota and the imperative of grasping the reality that environmental considerations will no longer be a side-issue of EU farming but will become a core operating principle.

Mr McCormack delivered an urgent appeal to policymakers to grasp the nature and scale of the challenges facing Ireland’s family dairy farm sector which he described as the “economic, social and environmental backbone of every rural community in which they are found”.

He was particularly scathing on the burning question of Brexit.

“Brexit is the topic of the day, as it was this time last year, as it was the year before that. Nor have our needs changed one iota. We need a deal and we need to move on with a trading relationship as close as possible to the current situation. No-one could have foreseen that we would be left exposed to the twists and turns of British domestic politics to the extent that we are.

“But there is surely a lesson here for us: How have we ended up depending on the UK Parliament to save us from a potential disaster? In terms of Ireland’s preparation, all we’re seeing is money being pumped into State agencies to offset the threat of Brexit while the primary producer - who will ultimately pay the price of Brexit - has to date got little or no support,” said Mr McCormack.

The ICMSA president said he cannot stress enough to the AGM, that as it stands today, we are heading towards “potential disaster in 16-odd weeks”.

“It is fine to say that we are having trade missions to open up new markets; that’s welcome and important. But farmers are fed up hearing about how successful the latest trade missions were and the potential of new markets being opened for Irish produce while the price being paid to the farmer is static, at best, and usually falling. What’s the point of opening new markets if it has no effect on the prices being paid to the farmers producing for those new markets?” asked Mr McCormack.