‘We can’t even wash our teeth’: 15 months without drinking water in County Limerick estate 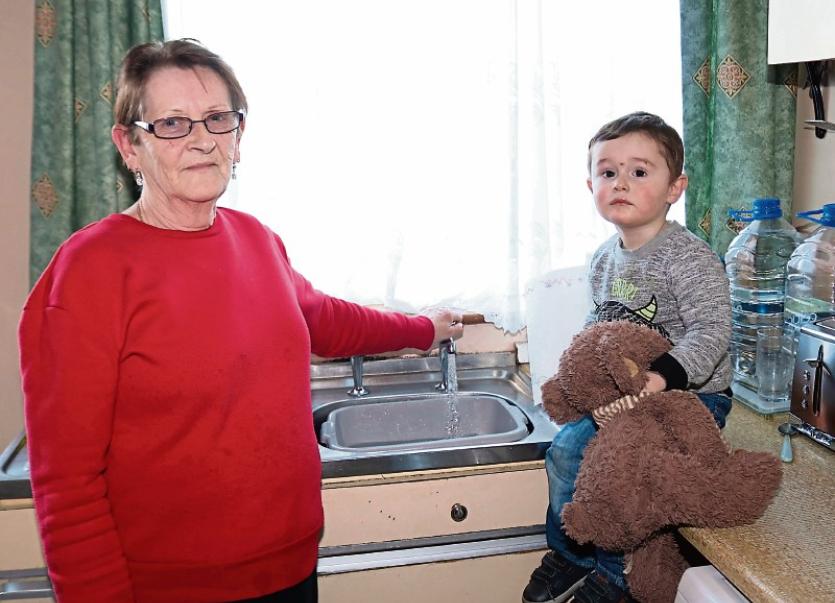 MORE than 15 months after they were advised not to drink the water from their taps, the residents of a County Limerick housing estate are weary of the long-running saga.

The resident of O’Connor Park, Ardagh are also very tired of having to depend on Irish Water for bottled drinking water.

The problem in the estate first emerged in August 2017 when Irish Water told residents they would be taking samples of the water as recent results had shown “slightly elevated levels of hydrocarbons.”

But the levels, although elevated, were within drinking water guidelines. This changed however, about a month later when Irish Water again wrote to residents telling them that the HSE advice was “not to drink the water or use it for preparing food, ice making or brushing of teeth.”

“However, unless any petrol type odour is noted, this water can be used for toilet flushing bathing, showering, laundry and dishwashing,” the residents were told.

In the 14 months since, Irish Water has continued to test the water in O’Connor Park but no definitive source for the hydocarbon was found. A full-scale flushing out of the waterpipe system in Ardagh was promised and this was finally undertaken in September, a full year on, using a method known as ice-pigging.

Samples were taken but, a spokesman for Irish Water said this week, due to the complex nature of the type of contamination present, specialist testing and analysis is needed. This can only take place in an external laboratory and can take weeks, he said.

One set of tests has been completed and a second set has since been carried out  and results from these are due sometime next week. A number of clear tests will be required before the Do Not Drink notice will be lifted, the spokesman said.

“You would know there is something in the water,” she continued. “It’s oily.”

But she and other residents are particularly annoyed that the supply of bottled water to the estate is so inadequate. “What they bring out is gone the next day,” she said, adding that “It’s no good asking for more. “

Like many of her neighbours, she has to go to houses outside the estate to get additional water. “I sometimes have to buy water,” she added. .

“It is an inconvenience,” another resident Jack Ahern agreed. The water deliveries vary, from a week to ten days, he said, and then you get only so many bottles.

“You don’t like to go to houses asking for water,” he continued.

But drinking the water, especially in the early morning, was most definitely ruled out.

Another resident, Doreen Cahill, was adamant the supply of bottled water is totally inadequate.

“There are three of us in the house,” she pointed out and 24 bottles of water are gone in a couple of days.

She has a supply of five-litre bottles which she tries to fill at a neighbour’s house or at her son’s home.

“It’s scandalous,” she said of the situation which has now dragged on for so long.