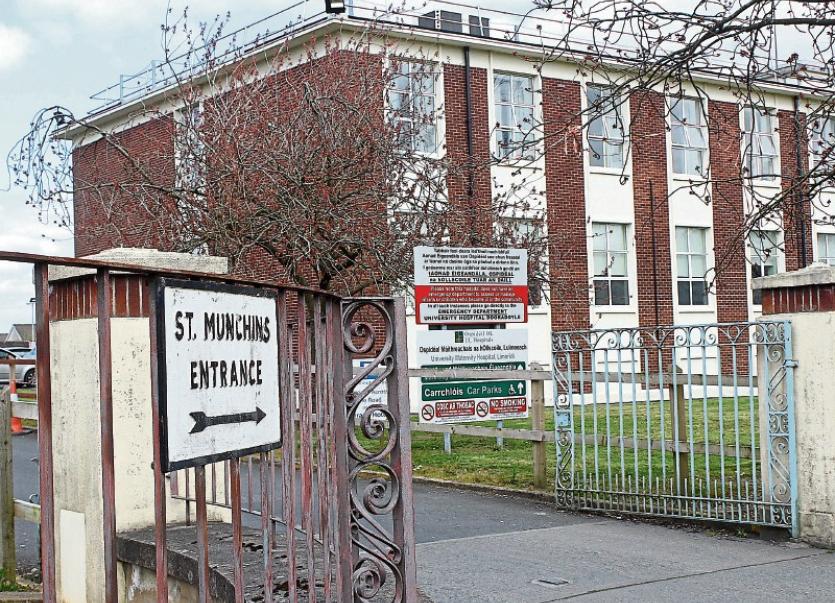 STAFF at the University Maternity Hospital Limerick were branded as “serial killers” in abusive and anonymous hate mail ahead of a high-profile information meeting on abortions that was due to take place at the Ennis Road hospital on Tuesday night.

The meeting, led by a collective of Mid-West GPs and obstetricians called Start Ireland, was held to discuss the rolling out of emergency medical abortion services. The HSE and the Department of Health are looking to roll out abortion services on January 1.

However, following a torrent of pro-lifers’ objections to the meeting being held at UMHL, maternity management requested that Start Ireland move Tuesday night's meeting to another venue.

A spokesperson for the UL Hospitals Group told the Limerick Leader that the decision to hold the meeting was “based on the assumption the legislation would by now have been passed. Out of respect for the ongoing legislative process, a decision was taken to defer the meeting” at the Maternity.

But a reliable source told this newspaper that there was a “worry about security and their staff” in addition to the Bill still being discussed in Leinster House.

“When we publicised it on Twitter and places like that, it started to get a little traction from some of the more extreme elements on one side.

“Some of the staff were getting abuse, really, I think you’d call it, about holding a recruitment campaign for abortion. Some of it was anonymous with ‘serial killer’ written on it, and some of it was very legalese stuff. One of the problems was the perception that we are a private organisation and that legislation is not passed, and holding it in a public venue like that,” Dr Thompson explained.

He said management of UMHL were “supportive of us and still are”. Dr Thompson confirmed to that the meeting was relocated to a city hotel, which he did not disclose publicly.

“We are HSE doctors, discussing coming HSE policy in an HSE hospital. And if we are bullied out of it, imagine what’s going to happen to a woman on January 1?” he asked.

Legal executive Derek McCabe was one of many members of the public to be opposed to the meeting being held at UMHL.

In correspondence received by the Leader from Mr McCabe, he called on a number of councillors “to step up to the plate and petition this HSE-run facility to move this recruitment session to a community centre where the public will be able to attend”.

He added in the email: “My intentions are to get this session under public attendance so the garda can close it down due to health and safety reasons, hiding behind a maternity hospital is no way forward in this national crisis, it goes against the common good of the hospital and I am asking you to block same.”

He told the Leader that it “goes against the common good of the environment where it [the meeting] is held in”.

“Obviously, Limerick Maternity Hospital is HSE-funded, so indirectly, taxpayer money is going towards a facility, whether it’s electricity during the event itself and the equipment that is being used during the event.

“Obviously, it is noted that there is continuing amendments on the Bill this evening in the Dail, nothing has been finalised yet. So to be pressing on with this event in the interim, I believe is unacceptable, given the certain climate that we are in at the moment. Nothing has been signed off by the President,” he said.

Asked about the anonymous email sent to UMHL, Mr McCabe—an Independent Roscommon local election candidate—said: “I have petitioned people to call maternity hospitals. I cannot control what they say. Do I condone it? I accept their anger. I am not going to be PC here. At the end of the day, people are upset. They are entitled to show their upset.”

A total of 25 GPs attended the meeting on Tuesday night at the unnamed venue. The meeting went “very well” with “no trouble”, Start Ireland said.

After the meeting, Mr McCabe tweeted: “We need to find out where this was held, so we can boycott the hotel where it was held. It’s shameful that these shower of c***s where [sic] allowed to hold a recruitment session in the first please.”

The UL Hospitals Group told the Leader it is planning the “implementation of a termination of pregnancy service inUMHL in line with Department of Health policy and direction”.