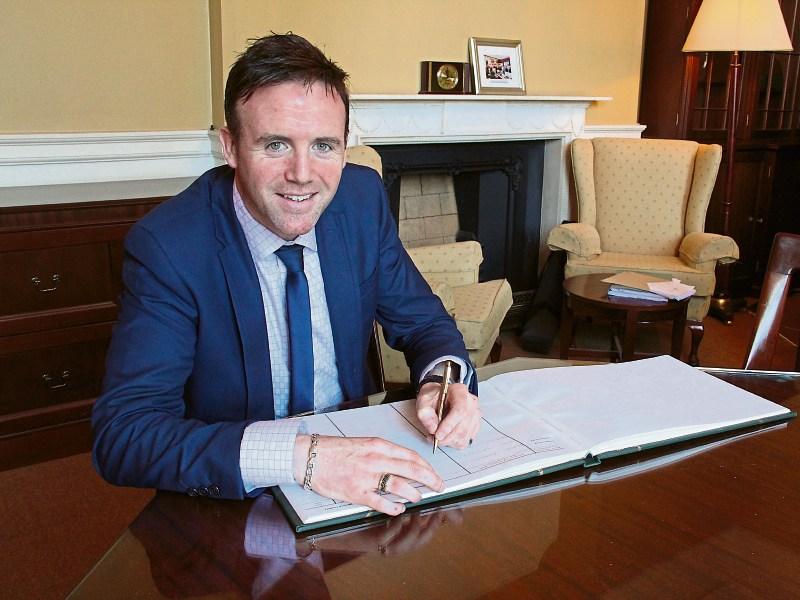 FINE Gael TD Tom Neville’s acting career is soaring to new heights as a Limerick-made film in which he has a starring role is now being shown on all Aer Lingus transatlantic flights.

Beginning last Saturday, the film, The Colour of Forgiveness, will be screened on all transatlantic flights between now and the end of January.

But, although he is delighted about the development, the Limerick TD insisted this Wednesday: “Politics is still my number one.”

But although he is adamant that politics and representing the people of County Limerick is his priority, Tom Neville is equally emphatic: “I haven’t given up acting. I still act in my spare time.”

Acting to him, he added, is like playing golf or reading a book to somebody else. It is his hobby, and one he is passionate about.

In the past year, he has worked as a supporting actor in a feature-length film Full Circle which is now in post-production and another script is on its way to him.

“It is something I enjoy,” he said.

His hope however is that the The Colour of Forgiveness, which includes scenes from around Limerick, will play a part in encouraging visitors to Limerick.

“It is great if it attracts people to visit Limerick,” he said, pointing out that some scenes were shot in John St in the city while others were shot in Neville’s Bar in Kilfinny, near his home-place.

Colour of Forgiveness from Davvid Gral on Vimeo.

In the short film, Tom plays the lead role of Tom, who is jilted at the altar by Maria, played by  Christina McMahon. Weeks later they meet again, when Maria explains why she had to do such a horrible thing.

The drama turns on the realisation of a moment of truth and how it affects the couple and looks up close at a relationship that even with the best of intentions is doomed.

The film is based on a true story, Tom revealed. But, Tom who announced his engagement to actor Jenny Dixon in September, is clearly confident that, in his own case, it will not be a case of life mirroring his art.

Tom isn’t sure how the film, which was shot in 2015 and released in 2016, made it on to Aer Lingus flights but believes it is about promoting aspects of modern Irish culture.

The Colour of Forgiveness was written, produced and directed by Dawid Gral who lived in Newcastle West for over a decade. He is currently working in Poland developing his debut feature film. It was shot by  Steve Hall, who recently struck a worldwide sales deal for his horror film Nightshift, and was edited by Patryk Czekalski with music by Patrick Mulcahy.

A second made-in-Limerick film called B-Day is also being screened on Aer Lingus flights. It’s a short comedy about two guys meeting up in a pub, both of them are telling each other about their bad days. The film stars Limerick actors Kevin Kiely Jnr. and Richie Ryan.