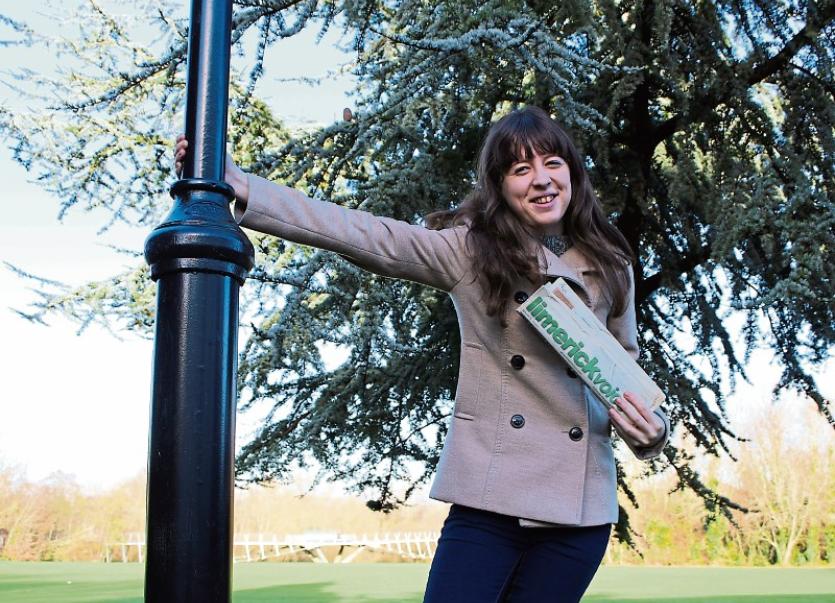 Limerick Voice editor, Frances Watkins brining stories about people behind the headlines. It is free with the weekend Limerick Leader, out on Thursday

YOUNG news hacks at University of Limerick are ready to go to the printing press with another issue of the award-winning Limerick Voice newspaper this week.

This year’s newspaper, delivered by MA and final year journalism students, will be distributed with all editions of the Limerick Leader this Thursday.

And this week’s edition, up-and-coming journalists will give a voice to the “ordinary people living extraordinary lives”, according to editor Frances Watkins.

Dr Vicky Phelan, the woman who exposed the CervicalCheck scandal in April, is one of the extraordinary figures featured prominently in this issue, in which reporter Muireann Duffy reveals how Dr Phelan has used her own money to help others gain access to the wonder drug Pembrolizumab.

Dr Phelan, as previously reported, is funding the cost of a new researcher role, who will be responsible for providing much-needed information to cancer patients about trials and alternative treatments.

“From our legendary All-Ireland hurling win to the tragic death of Dolores O’Riordan and the story of Vicky Phelan, who uncovered the biggest health scandal in the history of the state, Limerick has made headlines not only nationally, but internationally, too. This edition aims to bring you stories about the people behind these headlines. Many readers will agree that 2018 has been a historical year for Limerick,” Ms Watkins said.

The newspaper’s Aisling Moloney and Evie Kearney also reveal that 200 men have sought help from Rape Crisis Mid-West over the past five years.

The Voice also looks at overcrowding at UHL, reported sexual assaults in third level institutions, a man’s experience of Direct Provision, and a special interview with All-Ireland-winning brothers Tom and Dan Morrissey, and Junior All-Ireland footballers Olivia and Martina Giltenane.

UL Head of Journalism Mary Dundon said the production on a multi-media platform provided the students with important skills. The project was overseen by UL journalism course director Kathryn Hayes.