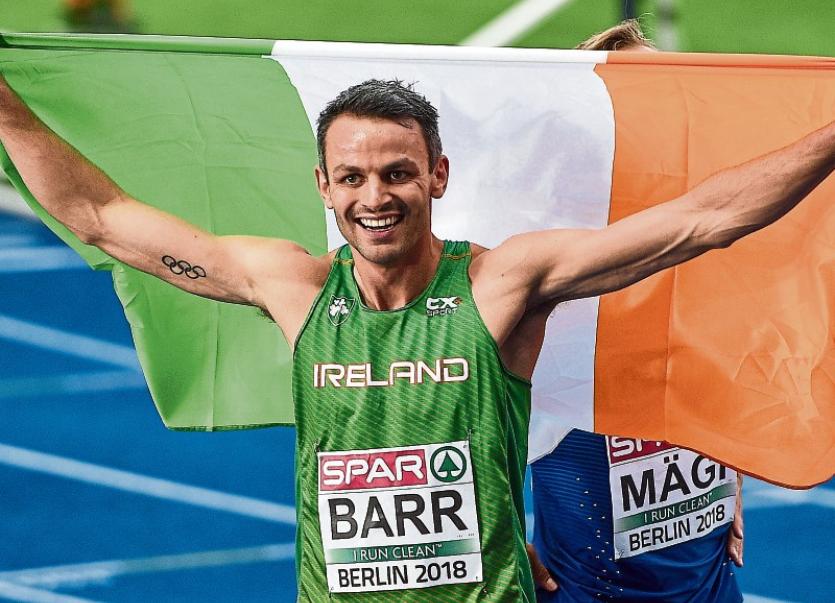 Hurdler Thomas Barr, one of 16 groups and individuals being honoured with a civic reception Picture: Sportsfile

A GALAXY of local sporting stars are to be honoured in Limerick at what looks likely to be one of the biggest receptions ever held.

Councillors have approved plans to hold a civic reception on Wednesday, December 12, for 15 sporting stars plus Munster’s international rugby contingent and the Patrickswell powerlifting club.

Among those who will be honoured by Mayor James Collins are Raheen girl Roisin Upton, who was part of the first ever Irish hockey team to win a silver medal at the World Cup, King’s Island man Aaron Tier, who won a bronze medal for the cerebral palsy side, plus University of Limerick student Thomas Barr, who won a bronze medal in the men’s 400m hurdles at the European Championship in Berlin this summer.

Patrick O’Dwyer, who has won the title of Ireland’s strongest man on three occasions, and was Britain’s strongest man this year too, is set for the City Hall reception, as are handball stars Kieran Burke, Paul Herr and Paul Hedderman.

John Loftus will be honoured in recognition of his success with Transplant Team Ireland, as will fellow transplant games star Trevor Lynch.

It’s anticipated the reception will get under way at 6.30pm in the council’s chambers at City Hall.

Meanwhile, Mayor Collins has also agreed to host a further civic reception for the Munster Rugby team of 1978 on December 28.

It came following the passing of a motion by Independent Councillor Frankie Daly, and it’s understood the date in late December was chosen because this is the only time the team who beat the All-Blacks would be together in Limerick.

And last Wednesday night, he honoured the Limerick Ladies Footballers, who created their own piece of history by landing the All-Ireland title in their grade.