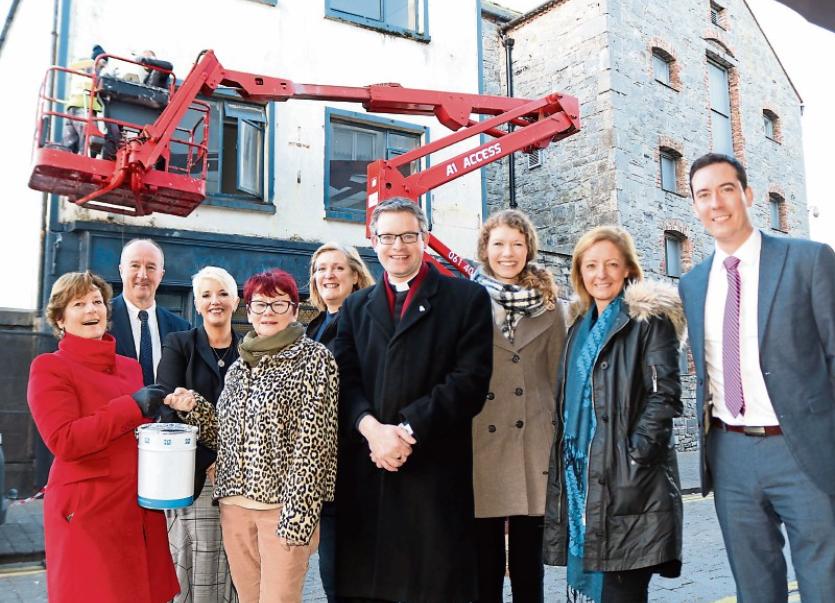 ONE of the Limerick city’s most well-known streets is to get a new lease of life, with painting taking place on it for the first time in generations.

The iconic and historic Nicholas Street sees up to a quarter-of-a-million tourists trek down it each year, mainly given the fact that King John’s Castle sits proudly at its northern end.

Now, Dean Niall J Sloane, of St Mary’s Cathedral, has teamed up with the council, Limerick Tidy Towns, the castle itself, the Hunt Museum, St Mary’s Aid and the Nicholas Street traders association to launch a painting programme on the street.

Over the next few weeks, the drab grey buildings will go, and they will be replaced with brightly coloured units, with a scheme set to be decided upon by each business owner.

“It all started with the Team Limerick Clean-Up earlier this year. It’s about working with our neighbours on the street, and particularly with the businesses,” Mr Sloane said.

“There have been many discussions about Nicholas Street, and we wanted to start getting the street clean.

“Limerick Council very generously agreed to purchase all the paint for all the properties on the street, over 50 properties,” he explained.

After this, the summer was spent putting together a plan to paint the street, and now, Mr Sloane has spent €30,000 hiring two painters to decorate the street.

“We've managed to source funding from Limerick County Council,  residents on the street, from charitable donations, and from other bodies to fund it,” he said.

But why now, the Limerick Leader asked.

“Nicholas Street has long been a street which needed work done on it. The council has recognised that. It is at the heart of the medieval city, it's part of the original main street of Limerick,” Mr Sloane added.

Depending on weather, the street will be decorated across the next six to eight weeks.

“It’s about encouraging tourists and making it an attractive place to be between the Hunt, the castle and the cathedral.

“We are bringing a quarter of a million visitors in that area. It’s about making Limerick as a whole attractive not just to visitors, but to locals too,” Mr Sloane concluded.