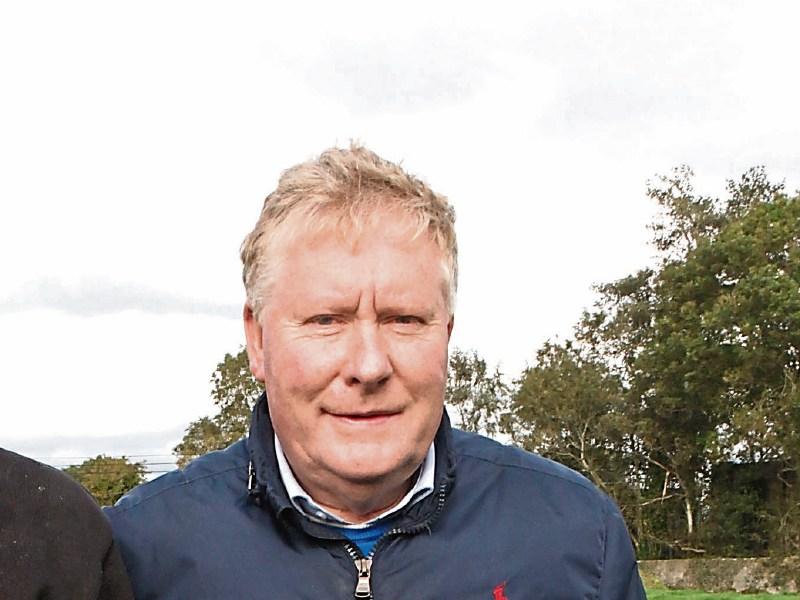 Tom Ruddle hoping to get on Fine Gael ticket

TOM Ruddle, a man whose name has been synonymous with soccer in Newcastle West for the past 30 years, is hoping to get on the Fine Gael ticket for next May’s local elections, when the party could run as many as four candidates in the six-seater Newcastle West Municipal District.

The selection convention is set for this Thursday night and four people have been nominated: sitting councillors Liam Galvin, Jerome Scanlan and John Sheahan and the new name going to convention, auctioneer and co-chairman of Newcastle West Town AFC, Tom Ruddle.

However, the view of party headquarters on whether to stand three or four candidates will not be known until the start of the convention.

“I have been involved in the community for the last 30 years in different organisations,” Mr Ruddle said in advance of this Thursday’s convention. “I am as qualified as anybody else. In Newcastle West it is badly needed. You need good representation in a town this size.”

Cllr Scanlan agrees. “I am in favour of standing four candidates,” he said. “It is essential we have the fourth candidate.”

“I would be in a state of absolute shock if we were going with no candidate in Newcastle West,” he added. Traditionally, he continued, Newcastle West has had a Fine Gael councillor resident in the town until the seat was lost in 2014.

As for the party’s chances of winning four of the six seats, he said: “That is another day’s work. But you will never get four out of six if you have only three standing.”

Meanwhile, Fianna Fail, which stood four candidates in 2014, has opted for just two candidates for the 2019 contest. Sitting councillors Michael Collins and Francis Foley got the party’s imprimatur at a convention last Thursday. There were 13 candidates chasing six seats in 2014, Cllr Collins pointed out this week, but he expects the 2019 list to be less crowded.

Sinn Fein is expected to select Cllr Seamus Browne at a convention sometime before Christmas but Labour is not expected to run a candidate this time out. In 2014, there were also two Independent candidates and one Anti Austerity Alliance candidate.

Meanwhile,Fine Gael has selected three candidates to stand on the party ticket in the Adare Rathkeale Municipal District in next May’s local elections.

Three were nominated at the party convention last Thursday and three selected: they are sitting councillors Stephen Keary and Adam Teskey and former councillor Leo Walsh.

The party currently holds two of the six seats in the district but is looking to push that to three and hoping Leo Walsh will bring in enough votes from the north east corner of the district to make this a reality.

In  Adare Rathkeale in 2014, there were candidates chasing six seats and already the list for 2019 is filling up.

Fianna Fail, which has only one seat, is standing three candidates in a bid to increase its representation: they are Cllr Kevin Sheahan, Bridie Collins and Trina O’Dea. There are, in addition, two Independent councillors Emmett O’Brien and Richard O’Donoghue who have confirmed they will stand.