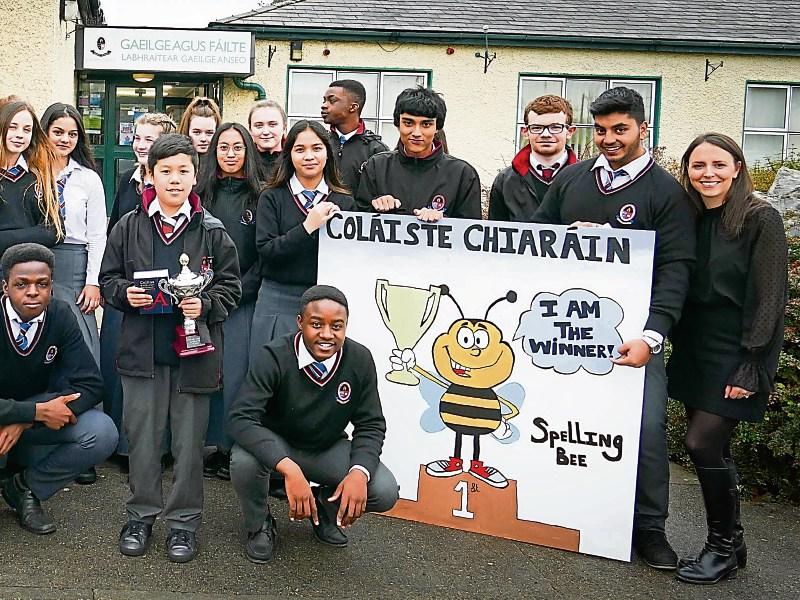 FIRST-year pupils from Coláiste Chiaráin in County Limerick have battled it out for the title of Spelling Bee champion.

The event, which took place at the school in Croom, was organised by Transition Year pupils and their English teacher Ms Mary-Kate Hanley.

“It was a very enjoyable day for all involved. The students really loved it,” she said.

“The competition was fierce, and I think the students thrived off that. They were very determined and focused,” said Ms Hanley.

First-year students had been preparing for this competition for weeks by researching commonly misspelt words and practising in class. The competition saw 120 students from four classes take part in the competitions qualifying stages, which took place during their English classes a number of weeks ago.

Manchun Fan took home the trophy with the correct spelling of commission and was crowned Spelling Bee Champion 2018.

“He was over the moon. He took the cup home over the weekend to show his family,” said Ms Hanley.