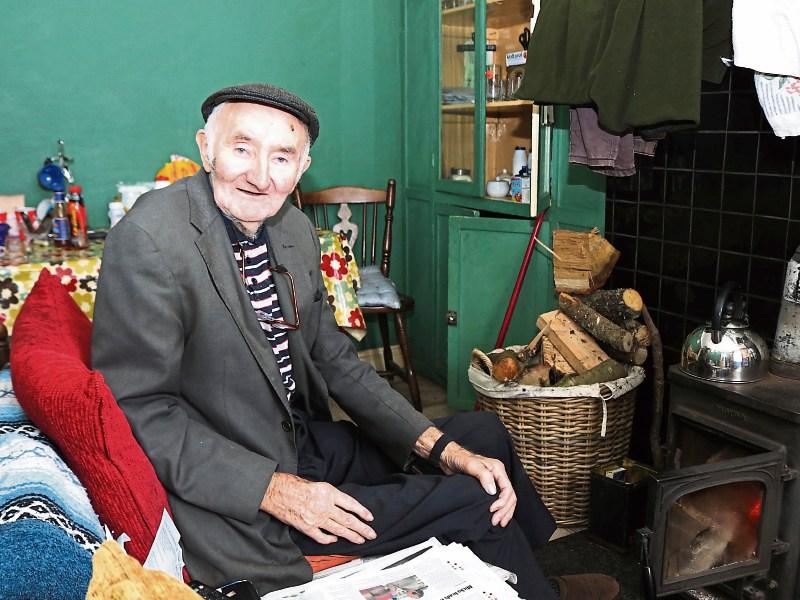 Sixty years ago the famous dance hall opened. Mike Lundon is the last of the original staff alive

MIKE Lundon spoke so much in a chat to the Limerick Leader about the Oyster Ballroom that his tea went cold.

Sixty years ago – November 19, 1958 – the largest dance hall in the south of Ireland opened its doors in Dromkeen. Known as the ballroom of romance, countless men and women found love in that hallowed hall.

Mike was there on the first night. He even met his wife, Josephine, there in later years. Mike would collect the money in his office for the next 25 years. He is the last employee alive to have worked there that night.

Now aged 82, there is the same twinkle in his eyes that there was when he was in his early twenties.

“Would you prefer Michael or Mike?” the Leader asks in his cosy sitting room in Dromkeen.

Back in 1958 there was consternation locally that Packie Hayes was building this gigantic ballroom in the middle of rural east Limerick. It even had a state-of-the-art stage that could be wheeled forwards and backwards depending on the size of the crowd.

Many thought Packie was stone mad but Mike said he was a “visionary”. Packie put Dromkeen, where Mike was literally born and bred, on the map.

“I was born under that roof,” he says as he points out the window. He was recommended to Packie Hayes due to his success in running dances for Macra.

“On the first night I was a barman. I never pulled pints before but if if you can drink a pint you can fill a pint! Donie Collins played on the first night. There was bedlam going in so I got the office the second night. I collected the money on the way in and paid the staff. I was in the office until 1983.

If he put his finger up you were out the door and you wouldn’t be let in again.

“They might have been fighting or not speaking nicely to a lady. As they were going out I would get their name and I knew them from then on. I still get abuse from people to this day that I didn’t let in. I even got it at a funeral once!”

This reporter doubts it weighs too heavily on his mind.

Mike says his memory is bad but “once I get it the first time I’m fine”. He recalls the night when Jim Reeves came like yesterday. Famously, there were more people outside the Oyster than inside as the price was doubled to 10 shillings.

“Jim Reeves was there in the end of April of 1963. He died in July 1964. He was a nice man, he was a pure gentleman. He had an escort and the minding of him… you’d swear we were criminals. He was rushed away after and as far as I know he played Ennis the same night,” said Mike.

What is the biggest amount you ever took in on the door?

“That is the question I am asked every place and any place I go and I always say no. I never like calling another man’s money - that’s why I won’t answer that,” said Mike.

And like a person he barred there is no point pushing your luck.

What time would you finish up?

“It would depend on what you mean by finish up. I often came home at six o’clock in the morning and milked 16 cows and fed maybe 80 greyhounds. I always walked home.

“We’d get there about 8.15pm. It was from 9pm to 1am but they would be an hour straggling on. The toilets had to be checked. There was often a lad or a lassie asleep in the toilets,” said Mike.

Buses from surrounding areas and as far away as Galway and Waterford would descend upon Dromkeen on dance nights and there are many stories about a missed bus and a long walk home!

Of course it was famous for romance and Mike asked a beautiful lady called Josephine to dance.

“I knew her before. It was my night off. I asked her to dance.”

Times changed and the hay days of the showband era died. The crowds stopped coming and in 1983 the Oyster Ballroom closed its doors. It was home to Furniture Man before the fire in 2015 and a brand new store was built on the site. The crowds that returned to Dromkeen after the blaze proved how much the Oyster Ballroom means to so many.

“It was a huge part of my life. I worked with great people over the years and I made great friends there. I had a lot of good times there. I remember it tragically more so than anything, it is completely gone off the map.

“I was sad when it closed and I’m sad every time I ever go through Dromkeen,” said Mike.

Gone but definitely not forgotten.