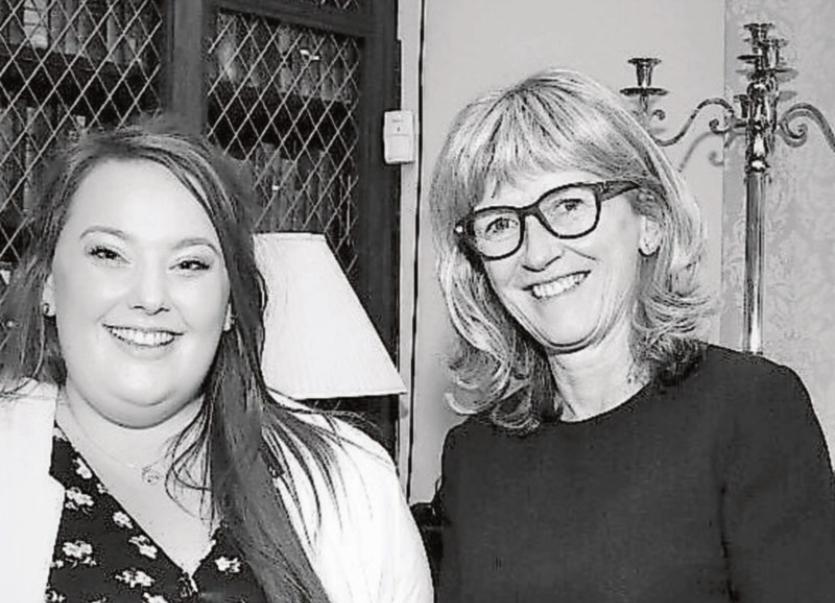 DOCTORATE research carried out at Mary Immaculate College that looks at the history of St Joseph’s Psychiatric Hospital and its medical records has been given a prestigious award.

PhD researcher Triona Waters received the Royal College of Physician’s Kirkpatrick Medical History research award for her study on the history of the hospital.  This hospital, which was formerly known as the Limerick District Lunatic Asylum,  was founded in 1827.

Ms Water’s paper, ‘Remedying the ‘growing evil’: the curable and incurable patients of the Limerick District Lunatic Asylum, 1827-1887', focused not only on the nineteenth century records of the hospital but also on a 2017 inspection on Unit 5B at the University Hospital Limerick.

“By using both the 1800s records and the 2017 reports, it became clear there is still such a need for mental health care facilities today, just as much as there was in early 1827, when the asylum first opened,” Ms Waters said.

“Despite the acknowledged best efforts of staffing, poor conditions and overcrowding remain to be most problematic when trying to meet the needs of necessitous Limerick families concerning mental health care provisions.”

The Kirkpatrick Medical Research Award was an open competition to medical historians and researching practitioners, with four finalists chosen to present their research.

Papers were presented at the Royal College of Physicians in front of a large audience and panel of judges, which included Ireland’s renowned Clinician and Medical Historian Professor Brendan Kelly.

Shortlisted were researchers were chosen from Oxford University, University of Strasbourg, France, and Trinity College, Dublin, as well as Ms Waters.

”This is quite a prestigious award and winning it helps not only promote post-graduate research at MIC and UL, but also the importance of preserving medical records, which is what the Limerick City and County Council archives and archivist Jacquí Hayes are doing,” Ms Waters said.

Ms Waters, whose parents are psychiatric nurses and brother is a senior psychologist in Oxford, grew up in Ballinasloe, Galway, where due to her parents profession she had access to St Brigid's Psychiatric Hospital.

The findings of her study on the history of St Joseph's Psychiatric Hospital and its medical records is expected to be published next year.

Ms Waters is a PhD researcher in Psychiatric History and Departmental Assistant with the Department of History at MIC. She is supervised at MIC by Dr Maura Cronin (MIC), Dr Úna Ní Bhroiméíl (MIC) and Dr Sarah-Anne Buckley (NUIG).