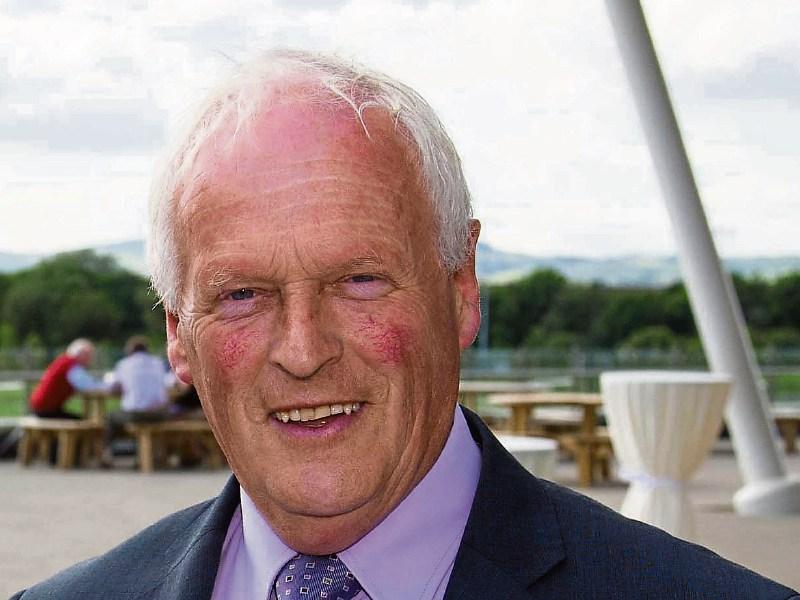 COUNCILLOR Eddie Ryan believes his support for the Pro-Life campaign is a barrier to being selected to run for Fianna Fail in the next general election in Limerick County.

He has accused Fianna Fail headquarters of playing “ducks and drakes” and showing him a lack of respect.

His comments come in the same week that former IFA county chairman Aidan Gleeson confirmed he is being courted to run.

Galbally's Eddie Ryan blasted the party’s move to run just one candidate - Deputy Niall Collins - in the county constituency in 2016. He called it “flawed and “very weak”.

When Micheal Martin, party leader, announced Fianna Fail would run two in the next election it was widely expected Mr Ryan would be the candidate. He confirmed his interest to the Limerick Leader at the end of 2017.

However, he has now expressed his disappointment that he won’t be contesting the next election due to a lack of party backing.

“Do they believe in Fianna Fail at all? I could win a seat. I am not naive and I am not gullible - it is a possibility. Two surveys showed me and Niall Collins taking a seat,” said Cllr Ryan, who secured the highest Fianna Fail vote in Limerick city and county in the 2009 and 2014 local elections. He has resigned as chairman of the Kilmallock comhairle ceantair.

“   Fianna Fail have already had some 37 selection conventions and I contend that my stand on the Pro Life campaign was a barrier to me being selected to run, alongside Niall Collins,” he said.

In May 2017, Cllr Ryan says he was contacted by Sean Dorgan’s office, general secretary of Fianna Fail, to say Sean was in Cork for a few days and would like to meet on his way back from Cork.

“We met at the Ballykisteen Hotel. We got straight down to business. Sean asked me would I be interested in running for the Dail in the event of a general election being called. I asked him who knows that we were meeting and he replied, Micheal Martin and Niall Collins.

“I then asked was he meeting anyone else, Sean replied ‘No, and was giving no expectations to anyone else’. In light of all that I agreed and said I would be happy to run for Fianna Fail in a general election alongside Niall Collins. I expected that a convention would take place possibly Augus/September 2017. I sent an email around December 5, 2017 asking for an update on the date for the convention and received no reply,” said Cllr Ryan.

Since then, he says, he has heard nothing from party headquarters. They declined to comment to a query from the Limerick Leader.“The people close to me and my canvas team felt that if a convention took place on September 2017 we would have a lot of ground covered by now. It looked as if the plan was to hold off having a convention until the election was called. This would only leave me a three week window to do my canvas and do no justice to the task I had taken on.

“I deserved the courtesy of some communication from Fianna Fail over that period of time, even if they changed their minds, show me the respect of telling me a least. This is not my way of doing business and I don’t treat people like that. I come from three generations of Fianna Fail supporters. I have given a lot to Fianna Fail over the years and got a lot from Fianna Fail in helping people,” said Cllr Ryan, who believes Micheal Martin wanted him to run.

“People are disappointed that my name won’t be on the ballot paper for a Dail election. My main interest now is to prepare for a selection convention to run for the council elections next May,” he concluded.

Meanwhile, rumours have been circulating that former Limerick IFA chairman and current Ballyhoura Development chair, Aidan Gleeson will be on the Fianna Fail ticket in Limerick County. “I confirm that I am being encouraged by a number of people to put myself forward for nomination by Fianna Fáil for the next general election. I have spoken to a number of Fianna Fáil people around the county and even had conversations with the party head office on what might be involved. However, it is a big decision to make and one not to take lightly,” said Mr Gleeson, who is involved in a number of organisations and charities and a lot of his time is taken up with them.

“I would have to take a step back from a lot of that work if only to have enough time to dedicate to something as significant as this. At the end of the day it will be the members of Fianna Fáil who will decide who their candidates will be, and I will be making a final decision on whether to put myself forward in advance of the convention,” said Mr Gleeson, from Ballyorgan.