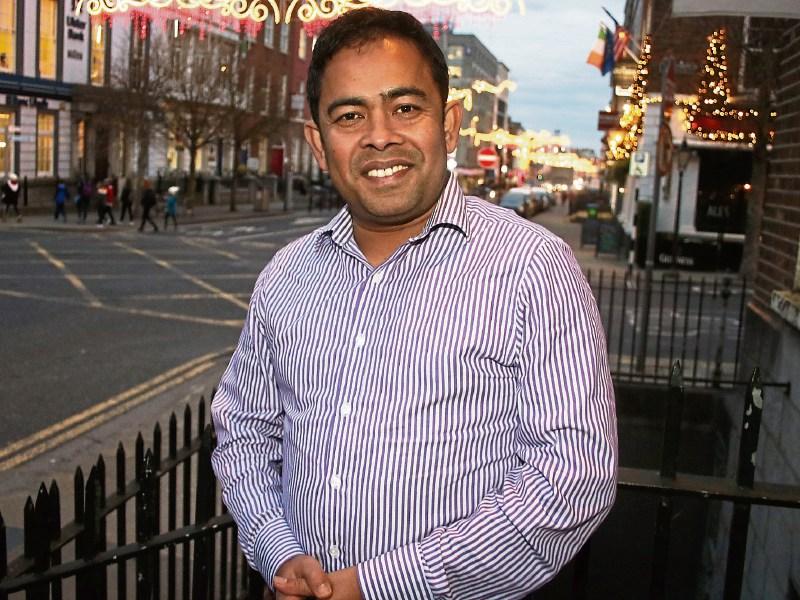 FIANNA Fail is to make history in Limerick by running a Bangladeshi candidate in the local elections next May.

Fifty-year-old Abul Kalam Azad Talukder, is a leading member of the Muslim community in Limerick and runs a number of businesses in the city. He will be a running mate of current mayor James Collins, who is also a general election candidate, as well as sitting councillor Sean Lynch and Young Munster rugby hero Francis Brosnahan.

The selection convention for the Limerick City West area will be held next Monday night, but in advance the General Secretary has confirmed that “having considered the matter carefully, the National Constituencies Committee has recommended the four candidates be selected at the convention.”

This means that all four nominees will be selected.

Based at Steamboat Quay, Abul, known as Jackie to his friends, came to Limerick in 2000.

He initially worked at the Stables Bar in the University of Limerick, before opening a number of businesses across the city. The father-of-two also operates two taxis.

“I came to Limerick empty-handed. After hard work, and Ireland and Limerick have given me lots. I think it's time for me to give something back,” he said.

His father was a politician in the Bangladeshi capital of Dhaka, and Abul is hoping to become the first Muslim elected to Limerick City and County Council.

Limerick TD Niall Collins said he was delighted with the selection of Abul.

“Limerick is now a multicultural society with a very large non Irish and non EU population living and integrated in our local communities. I’m delighted that Abul is going to stand for Fianna Fail in next years local elections. He is a leader from within his own community and has a very positive contribution to make,” said Deputy Collins.