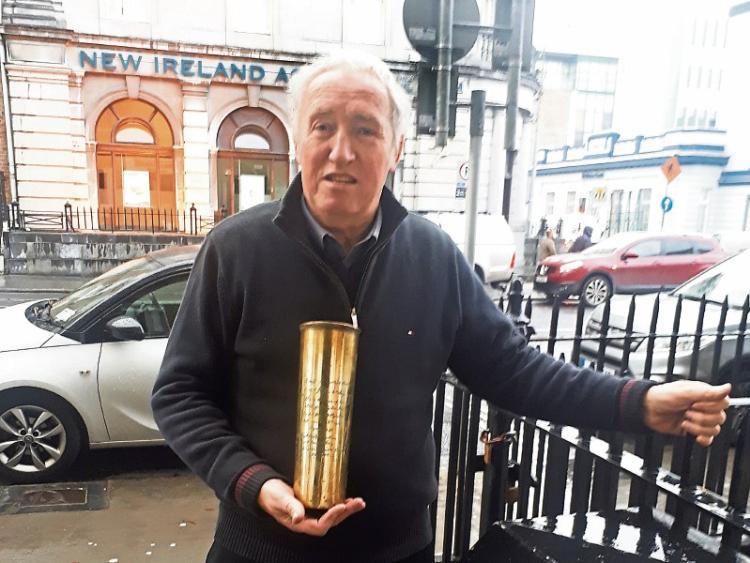 Auctioneer Patrick O'Donovan with the shell

A SHELL fired during one of the key battles in Limerick during the Civil War in 1922 is to go under the hammer.

The Bruff-Kilmallock battle took place from July 20 to August 4, 1922 and the case of the second shell fired by the Free state troopers from Ballycullane Hill is to go up for auction.

It is one of the items for sale at an auction in auctioneer Patrick O'Donovan's showrooms in Newcastle West on Saturday November 24 at 11am.

The shell which is inscribed was presented by Captain Healy first southern unit to Diarmuid J Leary, Munster/Leinster Bank Bruff.

The shelling case is one of a number of items from the estate of the late Barney Sheehan for sale.