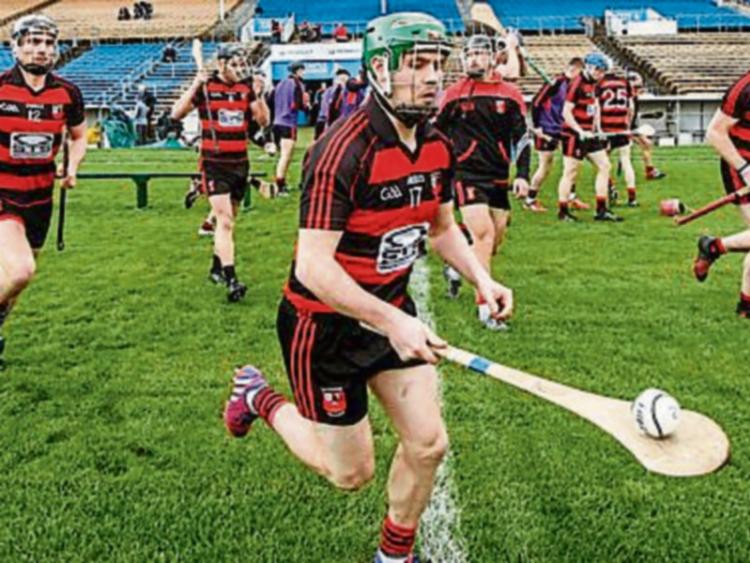 Conor Sheahan of Ballygunner, pictured soloing the sliothar, is hoping to bring the O'Neill Cup to his pupils in Glenbrohane

ONE COUNTY teacher wants to see the O’Neill Cup come to Limerick but not in the hands of Na Piarsaigh men!

Conor Sheahan, a forward with Ballygunner, teaches in Glenbrohane National School. He says he would love to bring the Munster Club Senior Hurling Championship Cup back to south Limerick. The school already had a visit from the Liam MacCarthy Cup last month.

“There was massive celebrations. The children loved it. It was a wonderful day,” said Conor, who is the son of former chief superintendent of the Limerick garda division and now assistant commissioner, David Sheahan.

But the Ballygunner man is under no illusions about what a hard task it will be to beat Na Piarsaigh on Sunday.

“They are a serious outfit. There is no denying that. Their track record in the Munster Club Senior Hurling Championship speaks for itself – they have never lost a game,” said Conor.

The bookies have Na Piarsaigh as hot favourites at 2/5 with Ballygunner at 9/4.

“We are going in as underdogs but we’re all excited about the match and looking forward to the big occasion in Thurles,” said Conor.

His pupils in Glenbrohane are also excited and are looking forward to cheering on Mr Sheahan and his teammates.

“It’s a lovely school. I started here in September. The kids are great. There are 44 in the school. I teach second, third and fourth classes,” said Conor, who thanked principal, Lisa Power and all the staff for their support throughout the campaign.

Conor graduated from Mary I in 2017 and is great friends with Limerick and Doon hurler Richie English. After Na Piarsaigh beat Doon in the county final, Conor is hoping it's Ballygunner's day on Sunday.