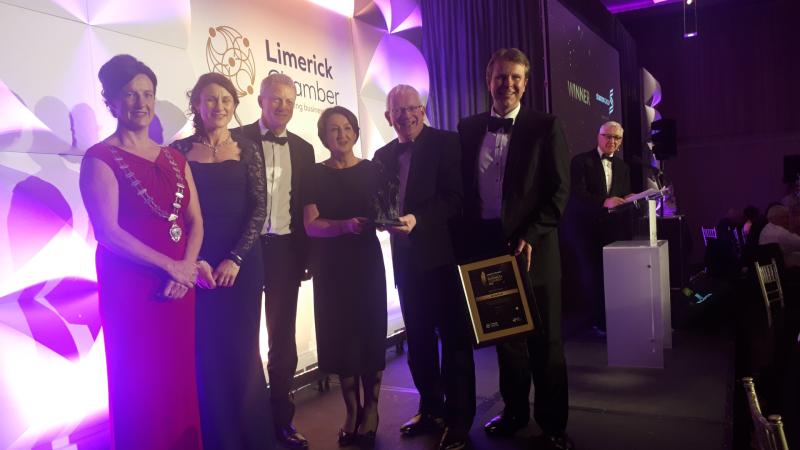 THE Shannon Group has won the overall company of the year award at the Limerick Chamber regional business awards.

The semi-state firm, which employs 650 people across four different entities, was confirmed as the overall winner at the Limerick Chamber President's dinner in the Strand Hotel this Friday night.

The annual awards dinner, sponsored by LIT – of which the Limerick Leader is a media partner – is being attended by over 400 of the region’s top business leaders and local representatives.

In addition to the other seven business awards given out, a special President's award was presented by Dr Mary Shire to Dr Kieran Curran, of GenCell biosystems (now acquired by BD), for his services to the science and business community over the years.

“The quality has been really high. The amount of work and time which has gone in from judges has been great to see. The judges would have spent ten hours on this process. It was a really thorough process.”

“It’s a big event, and there is a lot of work put into it. We hope people have enjoyed the night,” she added.

The full list of the 2018 Limerick Chamber Regional Business Awards winners is as follows:

Best Not for Profit: Novas

Company of the Year: Shannon Group