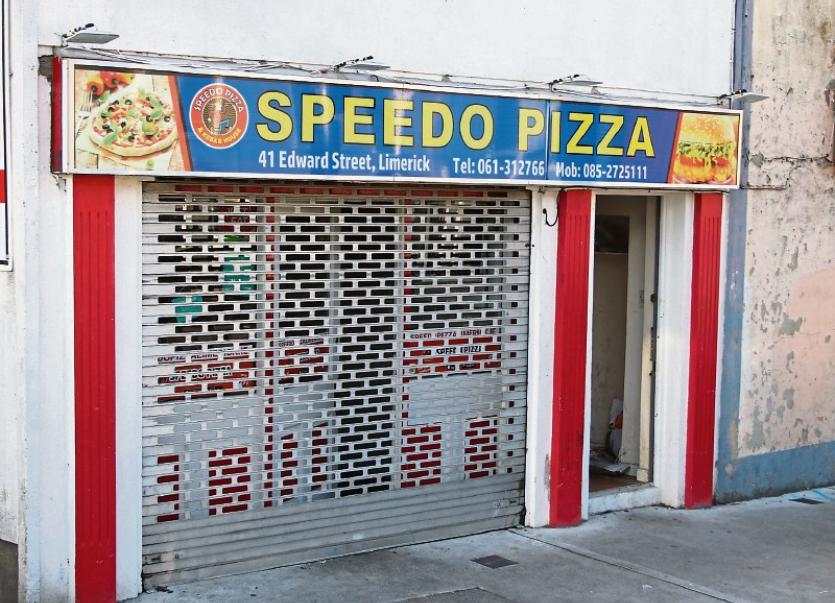 A TAKEAWAY in Limerick was ordered to close after concerns were expressed that an extension to the premises was “not structurally sound”..

An HSE inspection also noted that “prayer mats” were being stored on shelving units at the rear of the premises. A closure order was served on the proprietor of Speedo Pizza Kebab, Lord Edward Street, on October 16 following the inspection. The order has since been lifted.

According to documents released by the Food Safety Authority of Ireland, a number of issues of concern were identified during the inspection.

“The extension in its current state is not structurally sound, nor is it pest-proofed,” stated the inspector who added they had observed gaps between two walls and numerous cracked tiles.

An “absence of maintenance” was noted along with unhygienic cleaning equipment, dirt, debris and cobwebs.

Other breaches of EC regulations included the storing of a potato chipping unit on a chair and the “haphazard” storing of cleaning equipment.

Issues were also identified in relation to the storage of food including the lack of expiration dates on decanted foodstuffs such as sauces, cut meats, dough, defrosted foods and dry foods. It was noted that Doner meat was being stored at room temperature and that the heating unit was switched off.

Waste management was also identified as being problematic and it was noted by the inspector that there was an “accumulation of miscellaneous waste items at the rear of the building”.

On the date of inspection  waste items observed included “30 old sauce buckets, two car wheels, two upright fridges and a wash sink”. The inspector also noted that three people, including a “visitor” were in the food preparation area during the inspection and that none had Personal Protective Equipment.