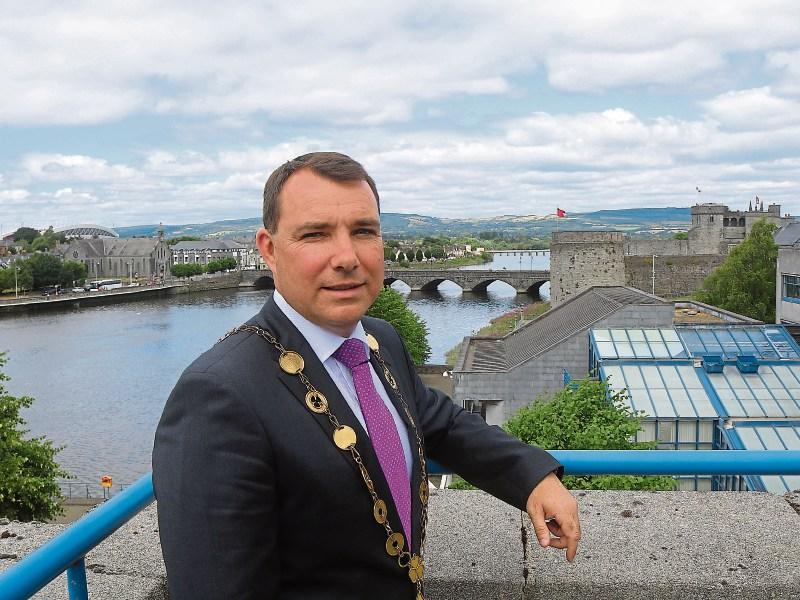 Mayor of Limerick Cllr James Collins: ‘City or the city centre or nowhere for M&S’

MAYOR of Limerick, Cllr James Collins says “it is clear” the only place Marks and Spencer could possibly open is in the city centre.

The British retailer is reportedly in talks to open a new store in Limerick, with its country manager for Ireland Ken Scully saying it will feature food and clothing.

What is unclear is where it would be located with the chain seeing previous proposals to open at the Dublin Road Horizon Mall site and the Crescent Shopping Centre come to naught.

Now, Mayor Collins said the only place the store could possibly open is in the urban area, due to planning guidelines which protect city centre trade.

“It’s clear this would only be permissable in the city centre as per the retail planning and development guidelines,” he said.​

He has welcomed news the retailer could be on its way to Limerick, adding: “There has been no formal application at this stage, but we look forward to engaging with either a developer or Marks and Spencer at the first available opportunity.”

Planning documents previously submitted by the developers behind the Castletroy Town Centre expansion plan had namechecked Marks and Spencer in its planning application. This development is located at the site formerly known as the Castletroy Shopping Centre.

This proposal was rejected locally, however, and it is now before An Bord Pleanala for decision.

Meanwhile, early stage plans for the Limerick Twenty Thirty plan, unveiled back in 2013, showed a city square around Arthur’s Quay, with Marks and Spencer at its heart.

Chairman of the economic committee, Cllr Vivienne Crowley believes it is only “practical” Marks and Spencer should locate in the city centre.

“It’s a key amenity and it would definitely be a draw to shop in the city centre which is obviously what we are aiming for,” Cllr Crowley added.

The re-emergence of talks that Marks and Spencer could come to Limerick city centre mark the latest episode in a saga which dates back to 1979 when city auctioneer Pat Kearney showed representatives of the firm the former Spaight’s building, now Dunnes Stores.

An Bord Pleanala are set to decide on the Castletroy Town Centre expansion plan by February 21 next.

Marks and Spencer was founded in 1884 in the British city of Leeds by Thomas Spencer and Michael Marks.

A major British multi-national retailer, it is headquartered in the City of Westminster, London.

The firm operates 18 shops in Ireland, while there is one franchise-owned Marks and Spencer, selling food only at Dublin’s Heuston Station.​

Limerick and Waterford are the only cities which do not as of yet have a Marks and Spencer.

Across in Britain, it has 979 stores, including 615 that only sell food products.

A spokesperson for Marks and Spencer in Ireland did not comment when contacted by the Limerick Leader.