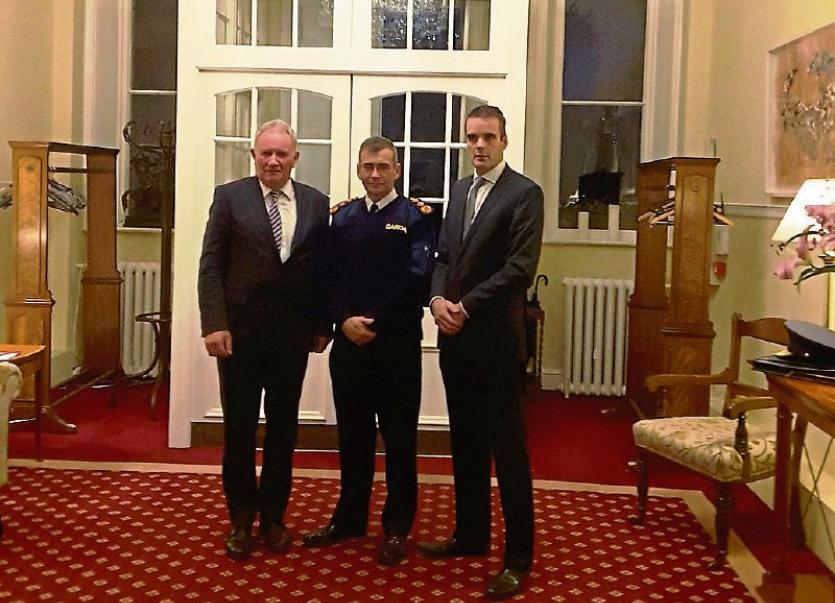 THE ONGOING issue of aggressive trespassers with dogs travelling over Limerick farmers’ land has been raised with the country’s top garda.

IFA president Joe Healy, deputy president Richard Kennedy, from Clarina, sat down with Commissioner Drew Harris on Monday. They were invited to the Phoenix Park by the former deputy chief constable of the PSNI.

Mr Kennedy pressed Comm Harris on a number of points including the unwelcome visitors who have plagued County Limerick land owners.

“It has been highlighted a lot in North Dublin but it is a countrywide problem. There are people travelling over land without permission with dogs and worrying livestock. When they are confronted by the farmer or landowner they are quite intimidating. We pressed that point with Comm Harris,” said Mr Kennedy, who also raised garda visibility in the countryside and extra resources.

“For the first time in a long time they are getting more resources in terms of manpower. We want guards to go out and meet the communities to build intelligence and build the confidence of rural people, so that rural people will feel that they have the guards’ backing,” said Mr Kennedy.

Farmers’ machinery and tools being stolen was also brought up but Mr Kennedy said farmers have to help too. If some small items are taken it is easy to say it is not worth bothering the gardai but the IFA deputy president said to report everything.

“You must let the gardai know. All property should be marked and photographed but we are not doing it. Someone asked at a meeting in Nenagh how many have their property marked and the percentage was very low. Guards are coming across a lot of stolen property but it can’t be claimed unless it is marked,” he explained.

Mr Kennedy said he and Mr Healy brought one suggestion to Comm Harris that they learned about from the UK.

“In an area where there is a particularly bad outbreak of rural crime a task force, made up of three or four guards, would be sent in. They would complement the local guards in the area and help them. It is an idea we got at a conference in the UK. Once the task force has solved the crimes in that area they go on to another locality,” said Mr Kennedy, who also called for closer co-operation between garda districts as criminals don’t respect boundaries.

Reflecting after the meeting, the Clarina man described the recently appointed Comm Harris as “very open, a very nice man and very down to earth”.

“He invited us because he saw that we have been very active on rural crime because it affects our members throughout the country. He showed a great willingness to take on board the problems we have and the issues that are out there in rural crime.

“He is very anxious to solve the issue and he is prepared to put resources into it. You couldn’t but leave the meeting on the basis that you would be confident that there is going to be a real effort made by gardai under his stewardship,” said Mr Kennedy, who described it as a “very constructive meeting”.

“We will meet again in three months and both see where we are. We are co-operating with guards to the fullest extent,” concluded the dairy farmer .