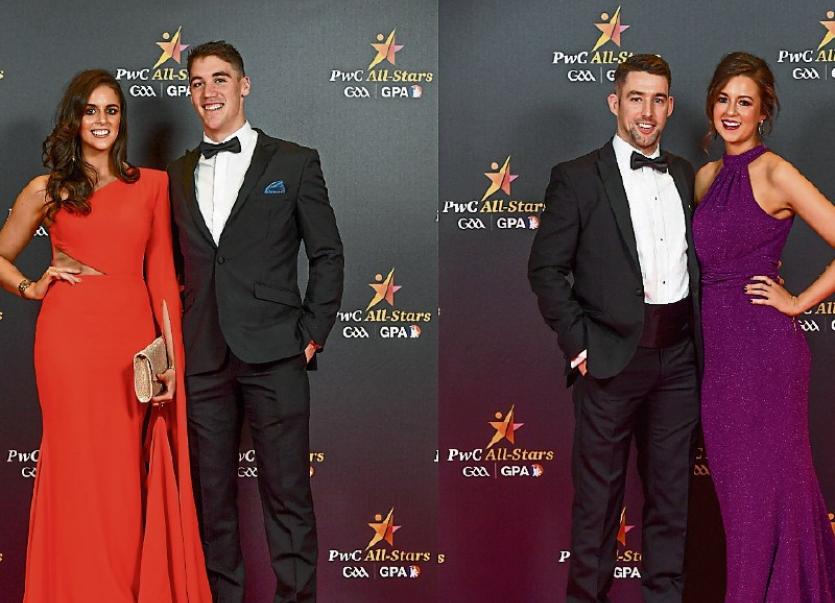 Karen Kinnerk and Sean Finn and Graeme Mulcahy and Laura Mellett at the All-Stars. Below, Gearoid Hegarty and Niamh McCarthy and Richie English and Kathleen Fitzgibbon at the banquet

THE LIMERICK hurlers love everything to do with the GAA — on and off the pitch.

Of the 36 players on the panel who brought All-Ireland glory to Shannonside after 45 years of waiting, only one, Seamus Hickey, is married.

While the remaining 35 clearly have a real grá for the GAA, away from the pitch they have other loves in their life, and some with strong sporting links.

All-Star recipient Sean Finn from Bruff is going out with Karen Kinnerk, the sister of the senior team coach Paul Kinnerk. Monaleen native Karen joined Sean on the red carpet of Dublin’s Convention Centre last Friday when many of Limerick’s sporting couples lined out for the PwC All-Star awards ceremony.

On Monday, Karen was joined by both Sean and Paul at Laurel Hill secondary school for the visit of the Liam MacCarthy Cup. Karen is a teacher at the school.

Knockaderry’s Tom Condon who will go down in hurling history as the man who stole the sliothar after the last-gasp free by Joe Canning before the final whistle, is the partner of Limerick senior camogie star Sarah Carey. Sarah is the daughter of Limerick legend Ciaran Carey.

Doon’s Richie English meanwhile, is going out with Kathleen Fitzgibbon of Oola. Kathleen was a member of the Limerick junior football panel who brought All-Ireland honours back to Limerick in September. 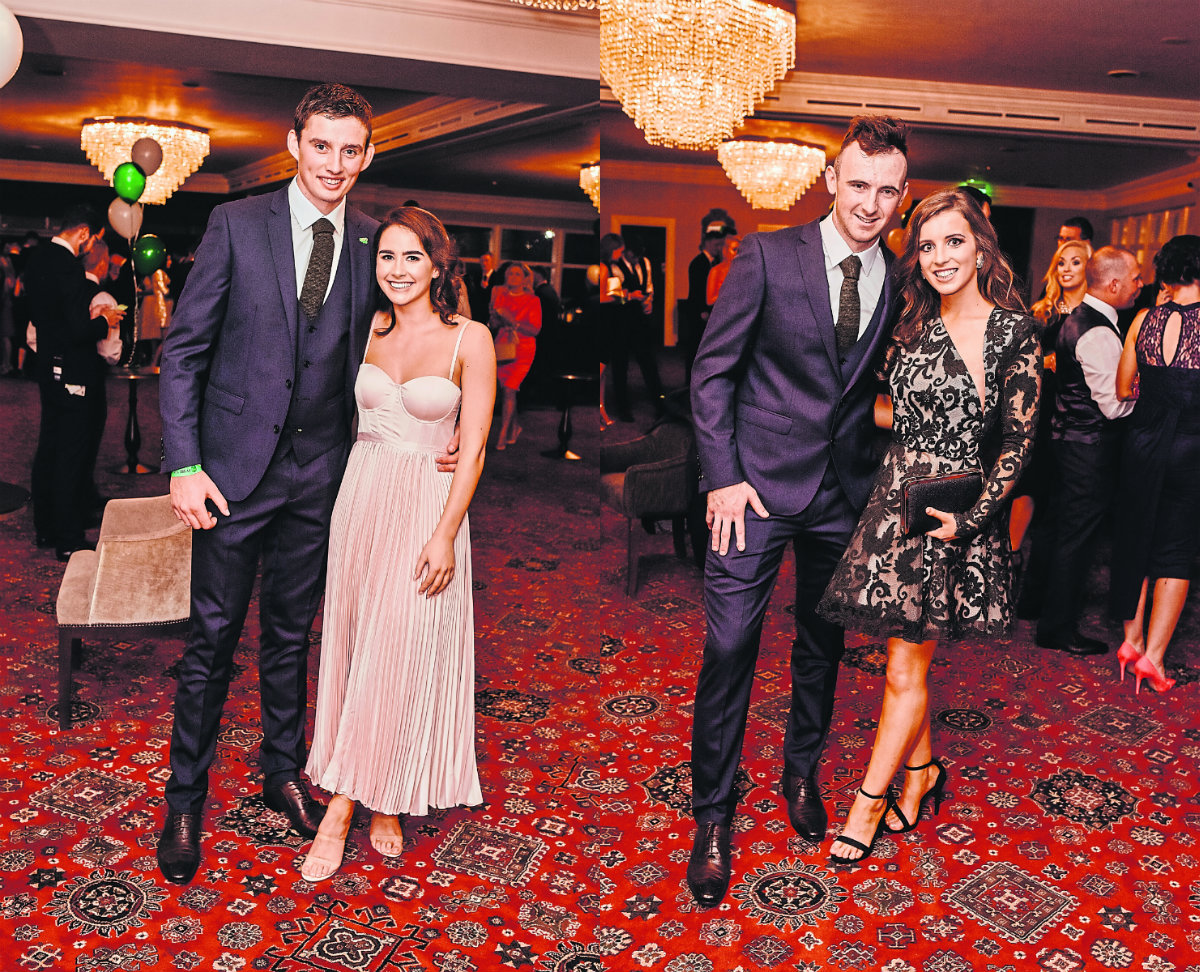 Graeme Mulcahy, who plays with Kilmallock, lives at the same house in Cork which was home to the legendary Fr Pat Barry, when he won an All-Ireland senior medal with Cork in 1976. Graeme lives there with his long-term partner, Laura Mellett who is Fr Pat’s niece.

And St Patrick’s man Gearoid Hegarty is the boyfriend of Dromcollogher-Broadford footballer Niamh McCarthy. Niamh is a teacher in the Abbey School in Tipperary Town where John Kiely is the school principal.

The sporting couples have a number of glitzy functions to look forward to in the coming months. The All-Ireland medals presentation takes place in Adare Manor in December and then it’s off to the Mexican sunshine after Christmas when they will spend two weeks enjoying the delights of Cancún on the Caribbean coast.