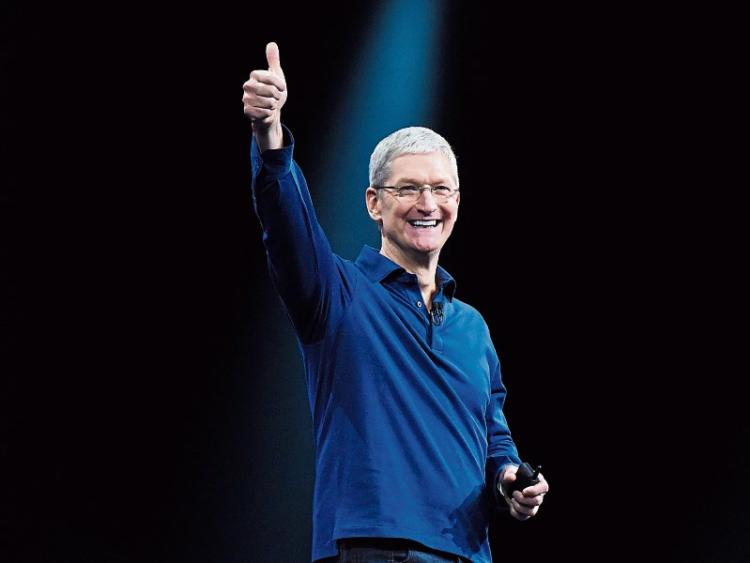 IF YOU want something done, go straight to the top.That’s why the principal of a gaelcholáiste in Limerick City contacted the chief executive of Apple directly about making an important update to the company’s website.

A cleverly timed email sent directly to Tim Cook, the CEO of the almost trillion-dollar tech company, proved successful for Gaelcholáiste Luimnigh, with Mr Cook personally responding to the school within hours.

Last year, Gaelcholáiste Luimnigh was selected as one of only 400 schools worldwide to be recognised as an ‘Apple Distinguished School.’

The school was “delighted” with the distinction, Gaelcholáiste Luimnigh principal Donncha O'Treasaigh said.

“We got the status back in May 2017 but the Apple website was slow to update,” Mr O'Treasaigh explained.

“We were always checking the website to see if we’d be added.”

Mr O'Treasaigh then decided to reach out directly to Tim Cook to see if the updates could be made on Apple.com.

But as the busy man in charge of one of the world’s largest tech companies, Mr Cook can receive up to 800 emails daily and timing the correspondence sent from Limerick City would be key.

“I timed the email based on California time, hoping that once he’d get up it would be one of the first emails he looks at.”

“Less than 12 hours later, there was an email back saying that’s going to be fixed within 48 hours and it was! You have to go to the top!”

The school is delighted to see their school on the site, he added.

“Gaelcholáiste Luimnigh is committed to enriching the learning experience, adapting to student aptitude and learning styles, and making learning more personal,” Apple said, about the school.

“iPad has also increased student engagement and allowed each and every student to be content creators and publishers.”

“The school believes that iPad nurtures creativity, collaboration, communication and critical thinking in their students; essential skills as they prepare to live and work in a modern society.”