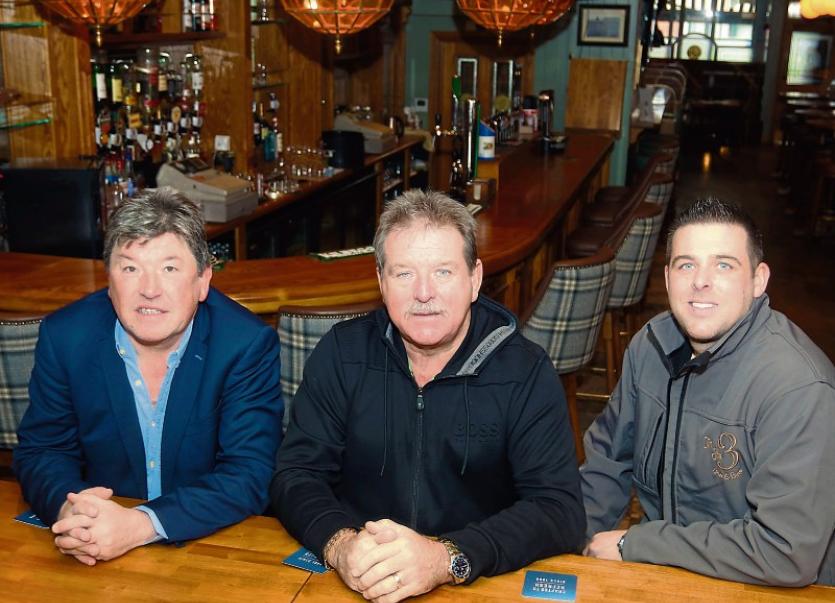 ONE of the best known pub venues in Limerick city centre has undergone a major transformation as ‘The Number 3’ begins its new commercial life.

A major investment has been undertaken by Steve Collins and his family at the pub formerly known as Tom and Jerry’s, where it now forms part of a new and exciting city centre landscape at Lower Glentworth Street.

It will form part of a new commercial district alongside the Gardens International, one of the most sophisticated office blocks in the country, which is due to open for business by Christmas.

The project has been undertaken by Steve Collins Snr and Steve Collins Jnr, who are well known on the Limerick business and pub scene for many decades.

The Number 3 marks a considerable investment by the Collins family in transforming its former interior into a new city centre food and drink venue, along with function space.

The name ‘The Number 3’ reflects its position as number 3 Lower Glentworth street reinforcing the long and historic position it holds as one of the finest Georgian buildings along one of the city’s best known streets.

Although the pub is only open a number weeks, it has already struck a chord with the pub going public whose reaction to the interior of the pub has been hugely positive, with people remarking on the complete change from the former building .

As part of the celebrations to mark the pub’s new beginnings on the entertainment front DJ Nicky Woulfe will begin a new residency at the venue this Friday November 9, when he brings his well known and popular Classic Hits night to The Number 3.

Remarking on the investment the family have made in this new business Steve Collins Snr said: “We wanted to make sure we contributed to and shared in the commercial and business upturn which is taking place in Limerick at present and we are in the perfect location to achieve this.

“We believe this commercial upturn is just beginning and that it will continue for many years as Limerick attracts new industrial and commercial business, and we very much wanted to be part of that. The Number 3 will be a great location for people to come and socialise as well as to eat and drink and be entertained,” Steve added.