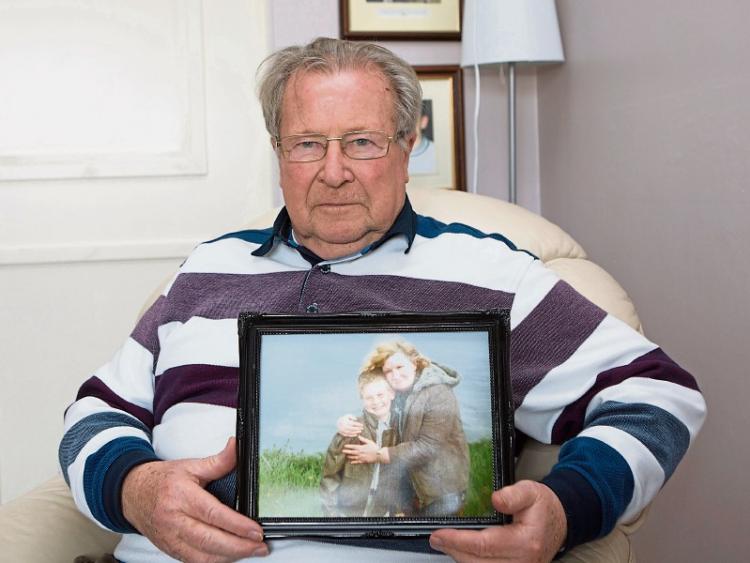 Bob Shanahan with a picture of Gussie and his late wife Nancy. His son will be laid to rest this Saturday

A CLOSE family member of the late Aengus ‘Gussie’ Shanahan, who will be delivering the homily at his Funeral Mass this weekend, has said his message will be that “the impossible is possible” for those with a missing loved one.

After an 18-year search, the Shanahans are now able to say their final farewell to Gussie, who will be buried with his late mother Nancy this Saturday afternoon.

Gussie, aged 20, was reported missing in February 2000, and his partial remains were discovered on a small island in Bunratty in October 2001. However, it was not until this year that gardai were able to match Gussie’s DNA to the remains.

His Funeral Mass will be held at Our Lady of Rosary Church on the Ennis Road, the same church where his mother’s farewell ceremony took place in 2016.

Gussie’s cousin, Fr Aquinas Duffy, will deliver the homily this Saturday. He told the Limerick Leader this week that his message will be that “the impossible is possible” and “never to give up hope”.

“At the moment, there are just so many families who have been watching this case now, and wondering are they next? We were like that, too. Every time there is a remains found, people are all on edge. You might see a little piece in the paper that there is a partial remains found and it means nothing to people. But for every family in Ireland who have a missing person, every single one of them are on edge, waiting to see is it their loved one. ”

Fr Duffy explained this week: “The Shanahans have had so many false dawns down through the years, in terms of where remains were found, including, indeed in 2001, when that partial remains was found. And then when you read about a family actually having the remains identified, there is a whole load of emotions that go through because you just hope that that’s going to happen for you as well.”

He said even though it will be “very difficult” during the Mass, he is “delighted to be able to have this opportunity now and, finally, he can be buried with his mother”.

Meanwhile, gardai are investigating the circumstances su  Gussie, of Ashbrook, Ennis Road, was last seen at Old School House Lane, near Barrington Street, after 10.30pm on February 11, 2,000. Anyone with information is asked to contact Roxboro Road garda station at 061 214340, the Garda Confidential Line at 1800 666 111.

Gussie is the beloved son of Bob and the late Nancy, adored brother of Roibeard and sisters Grainne and Reiltin, brothers-in-law Gordon and David, sister-in-law Edwina, nephews Conor, Jack and Dylan and nieces Emily and Annie, extended family and friends.