WATCH: Limerick porters ‘reduced to sitting in corridors’ over closure of break room 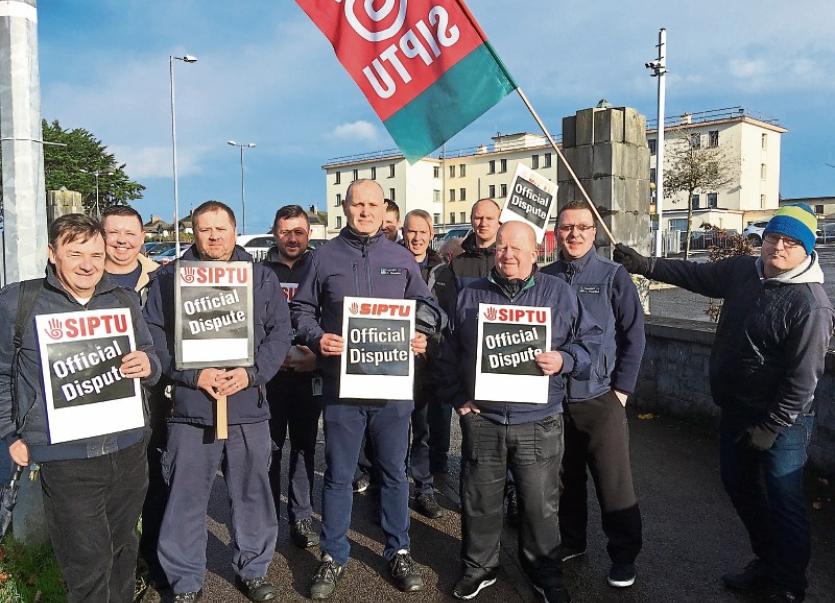 PORTERS at University Hospital Limerick have said they feel “discarded” and “downgraded” following the closure of a break room, leaving many forced to eat lunch in hospital corridors near patients.

That’s according to frustrated porter staff, who took to the picket lines outside UHL on Thursday afternoon for the second time in one month.

Attempts to come to an agreement about ongoing issues were unsuccessful in recent days, but Siptu have said there has been “no engagement whatsoever” in relation to reopening the communal space.

The latest statement the UL Hospitals issued to this newspaper was on Tuesday afternoon: “We are engaging with the relevant union official representatives at 1.15pm on Wednesday, November 7th in an effort to resolve the matter.”

Cappamore porter, Eugene Taaffe said the closure of the space has had a negative effect on staff morale.

“It’s had an effect on the morale, to say for a start, for the porters because we’re looking at it as almost downgrading us for some strange reason.

“It’s a place where we can go and have a cup of tea, have our lunch, and we had a microwave there where we could heat up our dinners. We have no access to that anymore,” he said.

Limerick city man Billy Curtin said they are “terribly frustrated” by the hospital’s actions, as the space is “an escape for an hour during your lunch break”.

“Now we are reduced to sitting in the corridors of the main hospital, where patients are wheeled past you when you’re having your lunch. We feel we have really been thrown aside, discarded,” he said.

Siptu representative, Tony Kenny told this newspaper the industrial relations issue has been ongoing for a number of years.