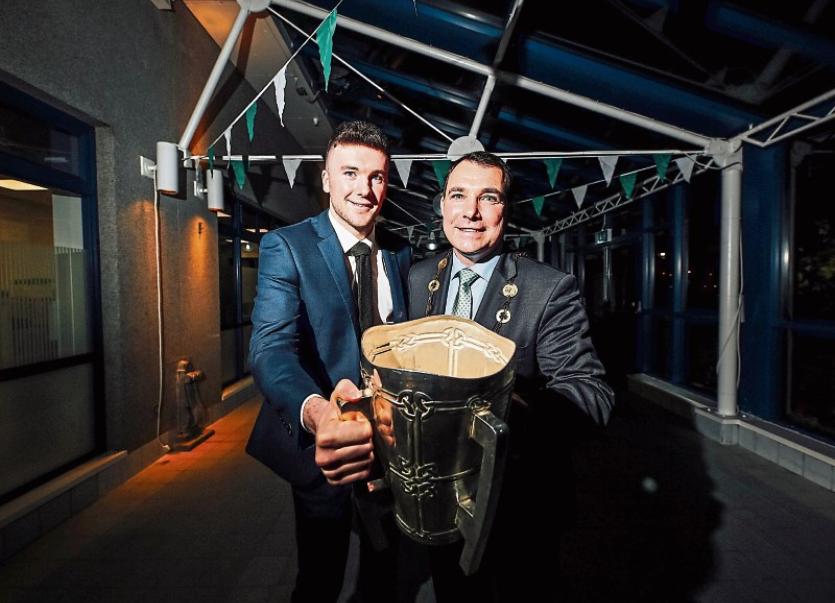 THE glorious scenes which were played out in Limerick city on the evening after the historic All-Ireland final win epitomised the “raw passion, hunger, desire and interest there is in sport in Limerick”, hurling manager John Kiely has said.

The Galbally man was speaking this Tuesday night at City Hall where the senior hurling panel and management team were honoured with a civic reception by Limerick City and County Council.

“As a group we are exceptionally gratefully for the manner in which you supported the showing of the game in the Gaelic Grounds,” said John in relation to the homecoming celebrations organised by the Council.

“That meant an awful lot to us – we knew there was going to be 20,000 in the Gaelic Grounds who couldn’t attend Croke Park and to us that meant an awful lot to think that so many people would get together to support the team and watch the match. And then to have the homecoming we had and the professionalism of it, I really want to thank you for the way you diligently worked quietly in the background preparing for that homecoming without it impinging on the team and preparations for the final.

“The night itself was an extraordinary event.” 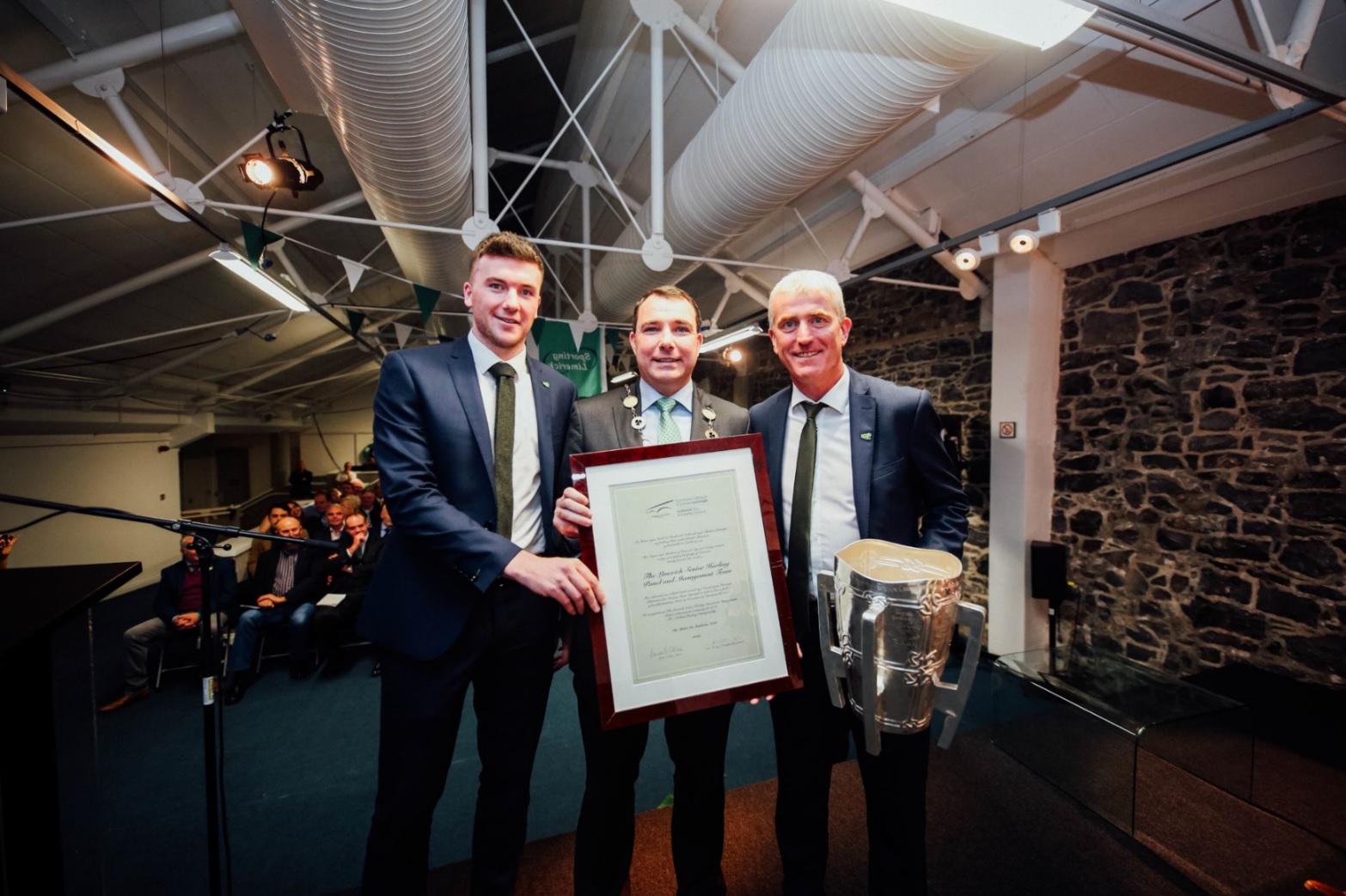 In attendance at the civic reception at Istabraq Hall were members of the hurling panel, management, backroom staff and county board along with local councillors and invited guests.

Addressing the guests Mayor of Limerick James Collins said: “We only afford civic receptions to exceptional people, men and women who have honoured Limerick city and county through their actions; people who have raised the Limerick banner and brought pride and joy to our city and county.

“The recipients will typically have embarked on a journey, where they have had to display courage, sacrifice, and determination, face great challenges, and in some cases great challengers.

“Your journey to Croke Park on August 19, 2018 showed us not just the best of who you are, as young men, as the next generation, but it also showed us, as Limerick people who we really are, and who we can be.”

Civic Reception for Limerick hurlers.. "So often in the past we looked to sports great drama for the characters who can tell the real story of Limerick: people who can show the world what Limerick is really about. This summer all of you took up that mantle" Mayor Collins #LLSport pic.twitter.com/gXAprfLpbm

Chairman of Limerick County Board, John Cregan, who is a former TD, said there was a great sense of pride that Limerick GAA and the senior hurling team “have been chosen on this occasion".

“I know the council wouldn’t be affording civic honours lightly and it really adds to our success,” he said.