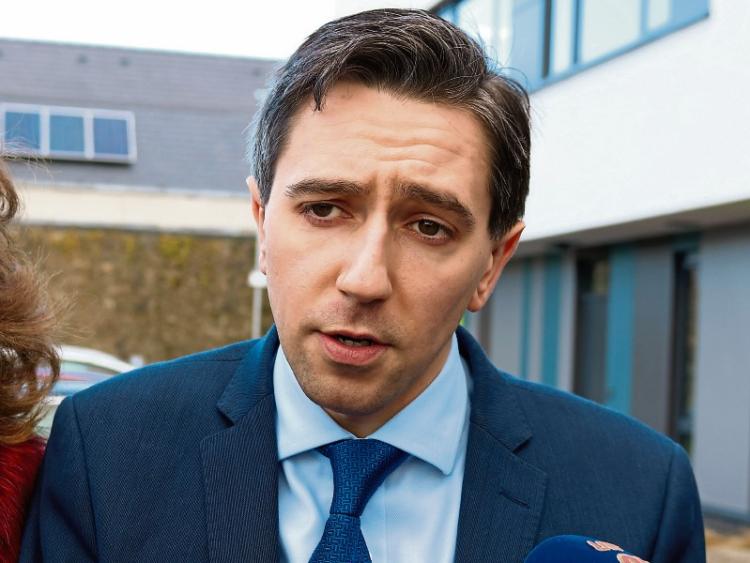 MINISTER for Health Simon Harris has announced that €19.5m funding has been committed for the construction of a delivery of crucial 60-bed modular block at University Hospital Limerick.

Minister Harris made the announcement at the unveiling of a new €12m inpatient specialist palliative care facility at Milford Care Centre this Monday morning.

The Minister has also launched a new cataract centre at Nenagh General Hospital, which will assuage the large waiting lists for procedures in Limerick, Clare and Tipperary.

He said he feels the region has been “let down over the decades” in respect of bed capacity.

“Previous governments said, oh we’re going to reconfigure hospitals and we promise more beds will come in the future.

“Of course, the beds never came. So the people of the Mid-West are owed hospital beds. They need them, they need them as quickly as possible.”

The procurement process for the €14m contract to construct the modular build is currently underway, following planning approval by Limerick City and County Council. However, all progress was put on hold when a Dooradoyle resident brought his objection to An Bord Pleanala. This was later withdrawn following intense talks between the resident, the UL Hospials Group and the HSE.

When asked by the Leader if he intervened after this objection, Minister Harris said: “Not at all. Certainly not to be the best of my knowledge. I mean, people have a right under our laws to make objections, and certainly it would be inappropriate as Minister to comment on anybody’s right in that regard.”

He added that he needs UHL to manage capacity in the interim and to ensure that patients are discharged into the community as quick as possible.

Speaking ath Milford Care Centre, Minister Harris welcomed the “radical transformation” of the site since he turned the sod in October 2016.

The nursing home also sees an increased bed capacity from 47 to 69 beds.

The HSE invested €1.5m in the project.

“The new hospice will better meet the needs of the changing model of palliative care, which is more community based. As more of us live longer, we need more palliative care services and we are meeting this demand, with expansion of bed capacity and introduction of single occupancy rooms where people's needs are looked after, and their dignity is respected. These are important aspects of palliative care, placing patients at the centre, and I am confident that the new hospice will result in an even better experience for patients and their families,” Minister Harris said.

Speaking on behalf of his team, Milford Care Centre chief executive Pat Quinlan said: “Today’s official opening is the culmination of decades of dedication to providing palliative care in the Mid-West, from the Hospice’s foundation in 1977 when there were only 9 hospice beds to today, where we have 34 beds and an add-on capability of 4 additional bedrooms.

“The driver for this new development is our objective of ensuring respect and dignity at all times for each individual patient and that we have extra bed capacity to meet growing demand. The move to an all single-room configuration in both the expanded Hospice and Nursing Home will ensure that we can achieve this aim going forward. We are also pleased to have the additional overnight accommodation for families in the Hospice as palliative care is about caring for the patient but also supporting the family.

“From a service perspective, we have witnessed a significant increase in activity levels since we moved into the new Hospice in February; bed occupancy year to date has increased from 83% in 2017 to 89% year to date in 2018. Given that the recommended national norm for average bed occupancy levels is 85%, and that only 30 of the 34 beds have been commissioned, these increased activity levels have warranted us seeking additional funding from the HSE to commission the final four beds on a phased-in basis in 2019.

“This is something that we hope will be given favourable consideration by the HSE for 2019 as such a development would make a major difference in our ongoing capacity to be able to meet patients’ needs in a timely and responsive manner at a time when there is growing demand for our services.”

Speaking ahead of the opening, HSE Mid West Chief Officer Bernard Gloster said: “This is a wonderful development which we are delighted to be associated with. It is testament to the well-deserved positive national reputation that Milford has as a provider of both inpatient and home-based palliative care.”