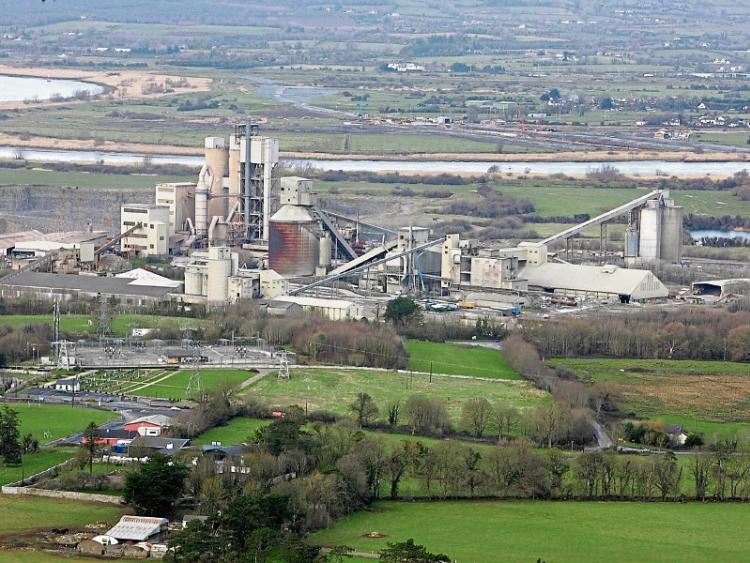 The EPA said it had received over 3,500 individual public submissions on the application for a reviewed licence for Irish Cement

THE Environmental Protection Agency has requested further information from Irish Cement Limited on its plans to use recovered waste at its Limerick plant.

A decision was due this week on whether the EPA would allow the €10m proposals to switch away from fossil fuels to burn solid recovered waste and used tyres at the Castlemungret facility.

There had earlier been a delay on the plans, which have caused much controversy after An Bord Pleanala gave the green light to the physical aspects of the Irish Cement proposal earlier this year. The sole remaining hurdle for the firm is to secure a licence from the EPA to operate.

The EPA said it had received over 3,500 individual public submissions on the application for a reviewed licence.

It said in a statement this Monday: “The Environmental Protection Agency (EPA) has issued a notice to Irish Cement Limited that requires the applicant to provide the EPA with further details on the proposed use of alternative fuels and raw materials (including by-products and waste) in their cement manufacturing installation at Castlemungret.

“Once the EPA has received and assessed all the required information, it will move to publish a proposed determination on the request by Irish Cement to review the conditions of their licence.

“As this is a statutory licensing review process, the EPA is not in a position to provide further comment at this time.”

Reacting to the news, Irish Cement Communications Manager Brian Gilmore said: “Irish Cement is happy to address the additional queries received from the EPA as part of the licence review application to allow for the fossil fuel replacement programme at the Mungret factory.

“Requests for further information are a regular feature of the EPA licence review process.

“This programme will reduce dependence on imported fossil fuels, reduce CO2 emissions by up to 40,000 tonnes per year, and will help recover valuable resources that might otherwise end up in landfill. Of the four cement factories in Ireland, the Mungret factory is the only one not using alternative fuels and one of the last in Europe still totally reliant on imported fossil fuels.

“Extensive experience over four decades in Europe demonstrates that replacing fossil fuels with these new fuels will not increase emissions from the factory.”