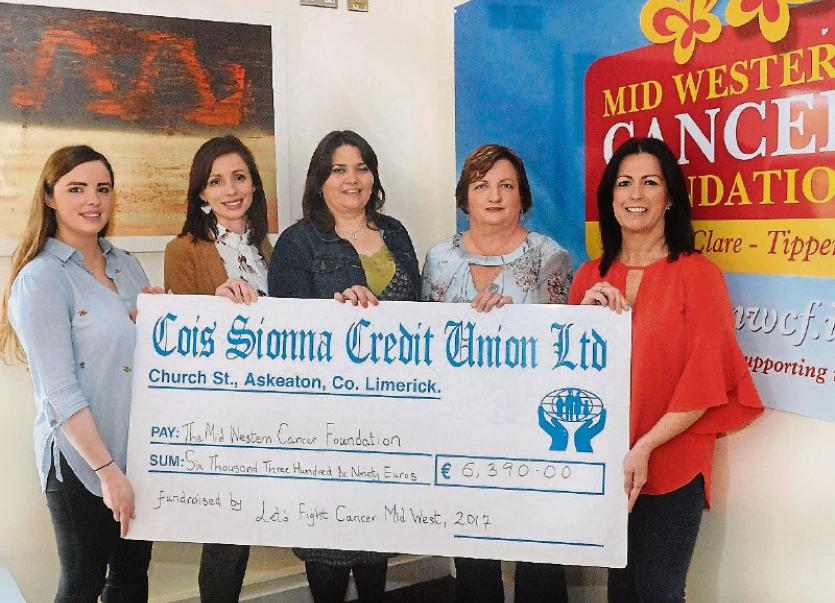 A BUNCH of get-up-and-go women in West Limerick is offering people from all over the county a not to be missed chance to party and all to support cancer charities in the mid-west.

The party is planned for December 8 in the Longcourt House Hotel in Newcastle West and the Mid-West Cancer Foundation and Milford Care Centre will again benefit.

Last year, these two charities shared an impressive €12.780, money raised by the all-female group of organisers who held a Masquerade Ball and other fund-raising events as part of their bid to do their bit to fight cancer in the Mid-West.

It was their first call to action, spokeswoman Lisa Ruttle explained and they received great support locally from businesses and individuals.

“Not ones to rest on our laurels we are back out fundraising for these two great charities again, spurred on by the immense support of local people, the terrible cervical cancer scandal and by the continued loss of friends, loved ones and neighbours to this awful disease,” Ms Ruttle said.

“This year, our theme is another party, a Christmas party night at the Longcourt House Hotel. The tickets are a giveaway at €40 per person for a two-course dinner, tea/ coffee, complimentary wine and a night full of laughter and entertainment.”

Among those leading the fun on the night will be MC Sam Carrig and The Lost Boys band and there will also be a disco.

“We will also be joined on the night by a number of male and female Limerick All Stars,” Ms Ruttle promised. “This is a night not to be missed.”

The organisers are also running a Grand Raffle with a chance to w in a 32” Smart TV among a range of prizes. Selling of lines for the raffle has already taken place in Askeaton, Rathkeale and Shanagolden and will continue in Kellys, Foynes on Saturday, November 9.