‘Stick to your values’: Joe Schmidt shares his wisdom with Limerick students 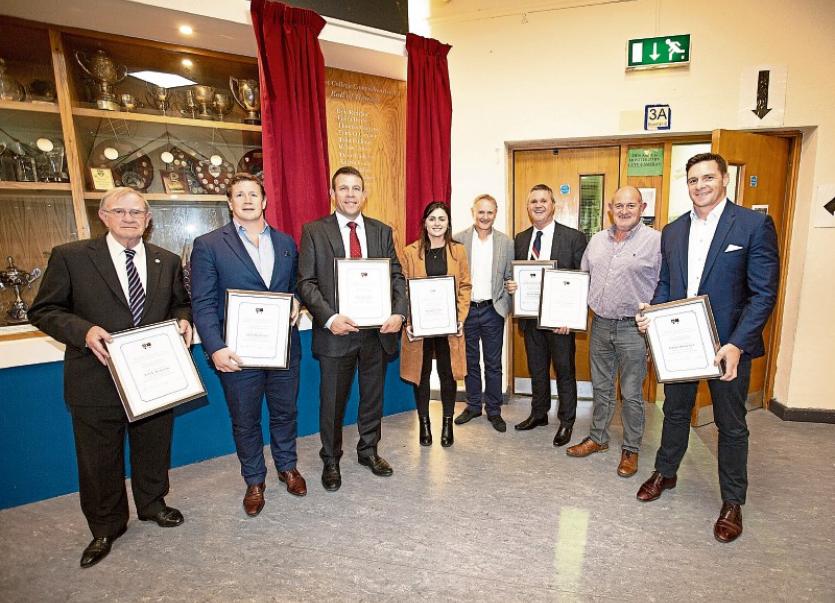 WHEN Joe Schmidt talks, people sit up and listen. So when a group of aspiring rugby stars got the chance to hear Ireland’s greatest ever coach speak, you could hear a pin drop.

Schmidt was a guest at Crescent College Comprehensive recently where he addressed both the senior rugby squad at the school and a wider gathering of parents, staff and current students, all of whom sat in rapt attention as the New Zealander spoke.

The visit came as the school hosts a number of events to mark the 50th anniversary of the foundation of the college on Dooradoyle Road and 150 years in Limerick.

Crescent also announced another milestone in its storied history with news of a multi-million euro development to include a new science wing and complete re-roofing of the building.

The Ireland head coach outlined the need to “stick to your values in life and not to set too many goals as values will lead a person to achieve many goals as a natural progression”.

He also said for organisations to function properly “all the people involved must feel absolutely valued” and this is the most central part of building successful leadership and teamwork.

Schmidt discussed the main stages of his own career both as coach and deputy principal in his native New Zealand, while praising Crescent for the ambitious plans to refurbish and develop additional facilities at the Dooradoyle site.

Principal Karin Fleming explained that the Department of Education was funding the upgrade of the school, with additional funding from the Jesuit Trustees to go toward the development of the new science wing. For the past number of years, the Board of Management, staff and parents, have been engaged in a process of planning – Phase 1– which is now almost completed, she explained.

“It’s an exciting time for the school, and we are really grateful to both the Department of Education and the Jesuits for the funding of this project which will significantly enhance the learning environment for our pupils,” she said.

After his talk, Schmidt inducted a number of past pupils, including six full Irish rugby internationals and hockey star Roisin Upton, onto the Crescent Roll of Honour.

Teacher Diarmuid Mullins said the school was “delighted to welcome Joe Schmidt to talk to invited past pupils, parents and current pupils”, and acknowledged the role Don Reddan, father of ex-Irish star Eoin, a past pupil, had played in organising the event and supporting the school down through the years.

Helen O’Donnell, chairperson of the board of management, also thanked Joe for his time and highlighted the ambitious redevelopment plans that were displayed on the night, which she said were now at a crucial stage to ensure that Crescent can provide “state of the art educational facilities for the next generation of students”.