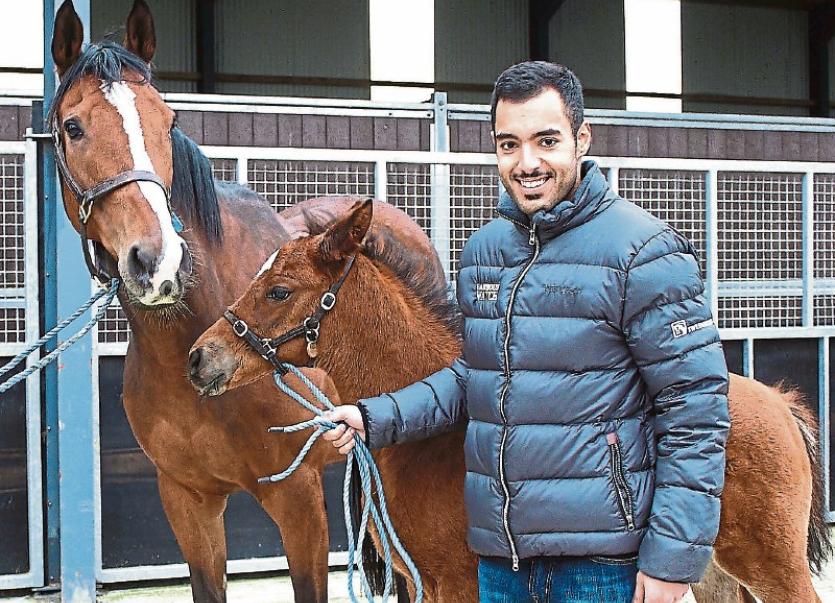 QATAR Racing has doubled down on its investment in County Limerick by purchasing a second million euro farm.

Billy Gabbett, of John Shaw Auctioneers, remained tight lipped on the purchaser of the land at Knocknagranshy, Grange Hill, Manister but the Limerick Leader has learned it was Qatar Racing.

Their equine stars of the future have been born and nurtured at Spring Lodge. They include offspring sired by Galileo and Dubawi. It is managed by Peter Molony, owner of neighbouring Rathmore Stud and Irish representative of Qatar Racing.

The Leader understands that Qatar Racing’s plan is to expand their very successful breeding operation in County Limerick.

The progeny of Roaring Lion - the best three-year-old in the world on ratings - could yet be raised in County Limerick.

The John Gosden-trained colt has helped Qatar Racing to their most successful season since they entered the sport. After four Group One successes, Roaring Lion will be retired to stud after the Breeders Cup this weekend.

Qatar Racing is chaired by Sheikh Fahad Al Thani - a son of the former prime minister and first cousin to the Emir of Qatar. The country has been ruled by the Al Thani family since the mid-19th century. Forbes magazine has named it the world’s richest country.

On a visit to Manister in 2014, Sheikh Fahad told the Leader: “I believe this part of the world, the land is one of the best lands to raise race horses, that is why we bought the place and we are going to raise a few of our race horses down here.”

Mr Gabbett, who conducted the auction last Friday, said it is top class limestone land ideally suited to raising bloodstock. It puts "great bone" on horses and gives them a great start in life. This is borne out by the number of stud farms in the area -  Islanmore, Manister House, Rathmore, Caherass House, Roundhill, Ballyphilip, Croom House and Spring Lodge.

Mr Gabbett said there were around 30 at the auction in Adare.

On behalf of John Shaw Auctioneers, Mr Gabbett said they were very satisfied with the price.

Back in 2014, Sheikh Fahad was asked could there be further investment in Limerick? He replied: “Definitely, who knows. I can’t say yes or no at the moment but if the need is there, yeah, definitely. We take small steps and we see where we go.”

A large step was taken last week in the Woodlands House Hotel.