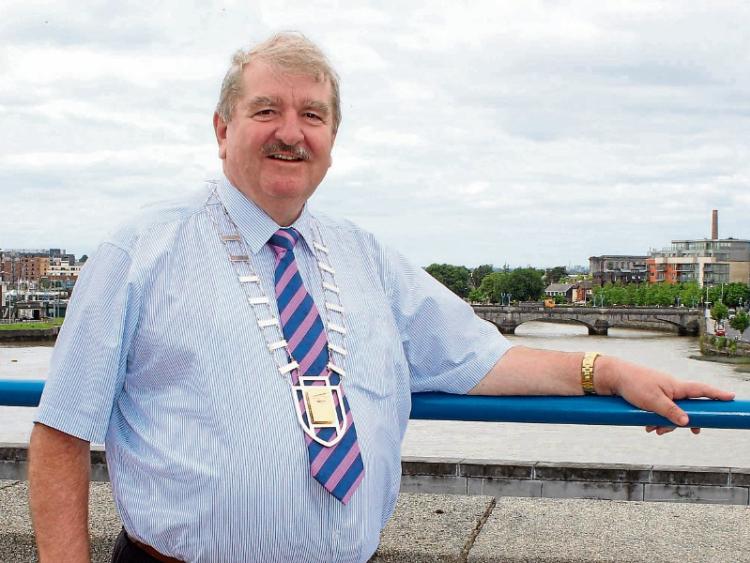 A HIGH-profile Limerick councillor has said he would welcome Peter Casey into Fianna Fail over some of the other “rats and snakes” he claims the party has.

Veteran member Kevin Sheahan, who lives in Askeaton where Mr Casey got a huge share of the presidential vote, has suggested the former Dragon’s Den star could make a contribution.

“Maybe we need a few Caseys in the party,” he said.​

The former mayor’s comments put him on a collision course with senior Fianna Fail TD Niall Collins who was one of the first to dismiss Mr Casey’s hopes of joining the Soldiers of Destiny “and becoming Taoiseach” following his comments which criticised Traveller culture.

Speaking to the Week in Politics on RTE One in the wake of Mr Casey’s better-than-expected display, Mr Collins said he must “realise that you can’t just rock up to political parties and think that you can get your way”.

But Cllr Sheahan said: “I wouldn’t agree with opposing Mr Casey’s desire to join any political party. I have met that man. I don’t think he would be a monster in any political party. Fianna Fail has always put its chest out and say we welcome everyone to our party. There are other rats and snakes in our party, we could do without them.”

Rural county Limerick represented the third highest constituency in terms of vote share for Mr Casey, who achieved close on 35% of the votes cast, a total of 10,865.

Senior figures within Fianna Fail have been quueing up to dismiss any notion of the businesman – who received Limerick council’s nomination to run for Áras an Uachtaráin – joining their party, a move which prompted Mr Casey to suggest he might set up a “new” party.

However, Cllr Sheahan said: “We wouldn’t be sending out a good message to young people if we started to say you can join, but you can’t. We need members in Fianna Fail.”

Remarkably some of his highest votes appeared to be in Askeaton, and Rathkeale, both areas known for having a higher than average Traveller population.

Just a week before the election, the Irish-American businessman was on 2% in the polls – but come polling day, he had climbed to 23%, and secured almost 343,000 first preference votes nationwide.

Former mayor of Limerick, Cllr Stephen Keary has revealed that he gave his first preference to Mr Casey.

The Croagh man said: “This was a call from middle Ireland for their voices to be heard. That’s what Peter Casey’s vote has echoed. Peter Casey was someone I would have respected in the run-up to the election. I gave him my vote last Friday.”

But Cllr Keary criticised Mr Casey’s actions since polling day, saying rather than expressing a desire to become leader of Fianna Fail, he should have sat back and “done an appraisal” of how he got on.

Asked if he can understand why so many people across West Limerick gave their first preference to Mr Casey, he said: “Yes.”

“If there are issues with the different ethnic groupings and one feels they are not getting the same attention as the other, then maybe that could be a part of it. People are fed up of that. I’m talking about middle Ireland people who get up in the morning, go to work and pay their fair share, their mortgages and their taxes, and get nothing.

“They feel they are being abused to some degree when they look around them and see their neighbours maybe getting the benefits they do, an they don’t work at all,” Cllr Keary said.

He also criticised his own party leader, Taoiseach Leo Varadkar for intervening in the presidential election debate, suggesting it “acted as a positive for Peter Casey”.

“People are adults, they are educated, they are well-informed, and they don’t want the Taoiseach of the day to tell them who to vote for, particularly when they are not a member of his party,” Cllr Keary added.

The Limerick Leader published Cllr Sheahan’s initial comments on Sunday online – in which he feels the electorate were giving the Taoiseach the “two fingers”, and advising that he should refrain from comment in future.

Since the article, he says he has had a lot of telephone calls from people congratulating him over his stance.

“Contrary to popular opinion, there is a tiny tiny percentage of the social welfare bill being paid to those who are unemployed. The majority goes on old-age pensions, and people who are too ill to work.

“Does he think reducing people to starvation levels is going to transform Ireland’s economy? I doubt it.”

Independent councillor Emmett O’Brien, a former member of Fianna Fail’s national executive, says he cannot understand why the party would reject an advance from Mr Casey.

“This is a man who got 10,000 votes in Limerick. That’s a quota. How any TD can come along and say Fianna Fail is full is a bit rich in my opinion,” he said.

Cllr O’Brien added he was “not surprised in the slightest” by Mr Casey’s performance in the county.