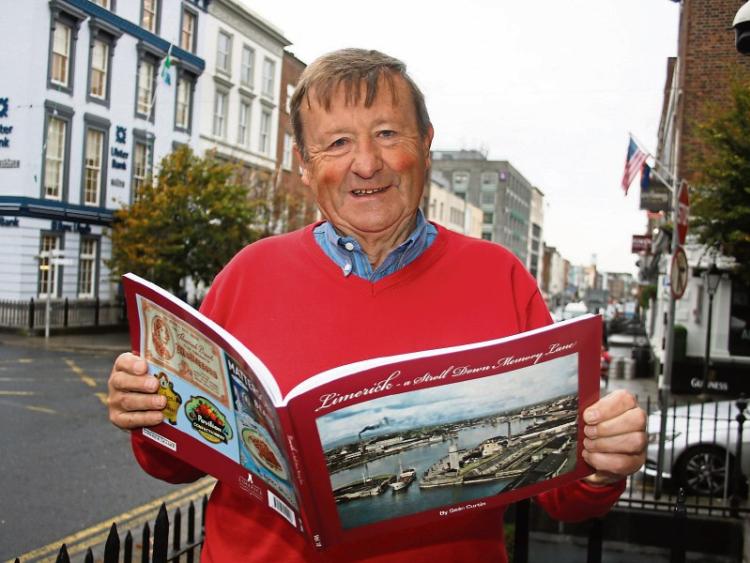 A strol down memory lane: Sean Curtin with his book and below, some of the pictures

WHILE historic or what we commonly call “old photographs” are all the rage now, 18 years ago the merit, beauty and importance of these archive gems was not fully appreciated by all.

His love of old images was nurtured during his 43 years working in the Limerick Leader and Limerick Chronicle.

While best known by many as the junior soccer correspondent for the paper for over 25 years, city man Sean built up a library of photos over the years that is unrivalled by any individual and only surpassed by the magnificent archive in this paper.

Eighteen years ago he published his first edition of Limerick - A Stroll Down Memory Lane and this year he proudly presents his 18th edition of this magnificent archive.

Now we always know when Christmas is approaching as Sean returns with his latest annual photographic bible of old Limerick images at this time of year. He is a familiar figure down in the Milk Market on Saturday mornings selling his books and will be there until December 25 as people purchase the ideal Christmas present from him, which is also available in local bookshops.

The cover of this latest edition shows an aerial photograph of Limerick Docks with Sarsfield Bridge in the background and the old Cleeves Factory with smoke puffing out of the tall chimney stack.

Asked about some of his favourite images in this edition Sean says: “I have many and I want to thank the people who came to me with the photos.

“In one of the early pages there is a great photo from 1935 when the Limerick Grand Prix was held in Limerick city. The photo was taken in Edward Street as three racing cars whizz by. It is a gem.” 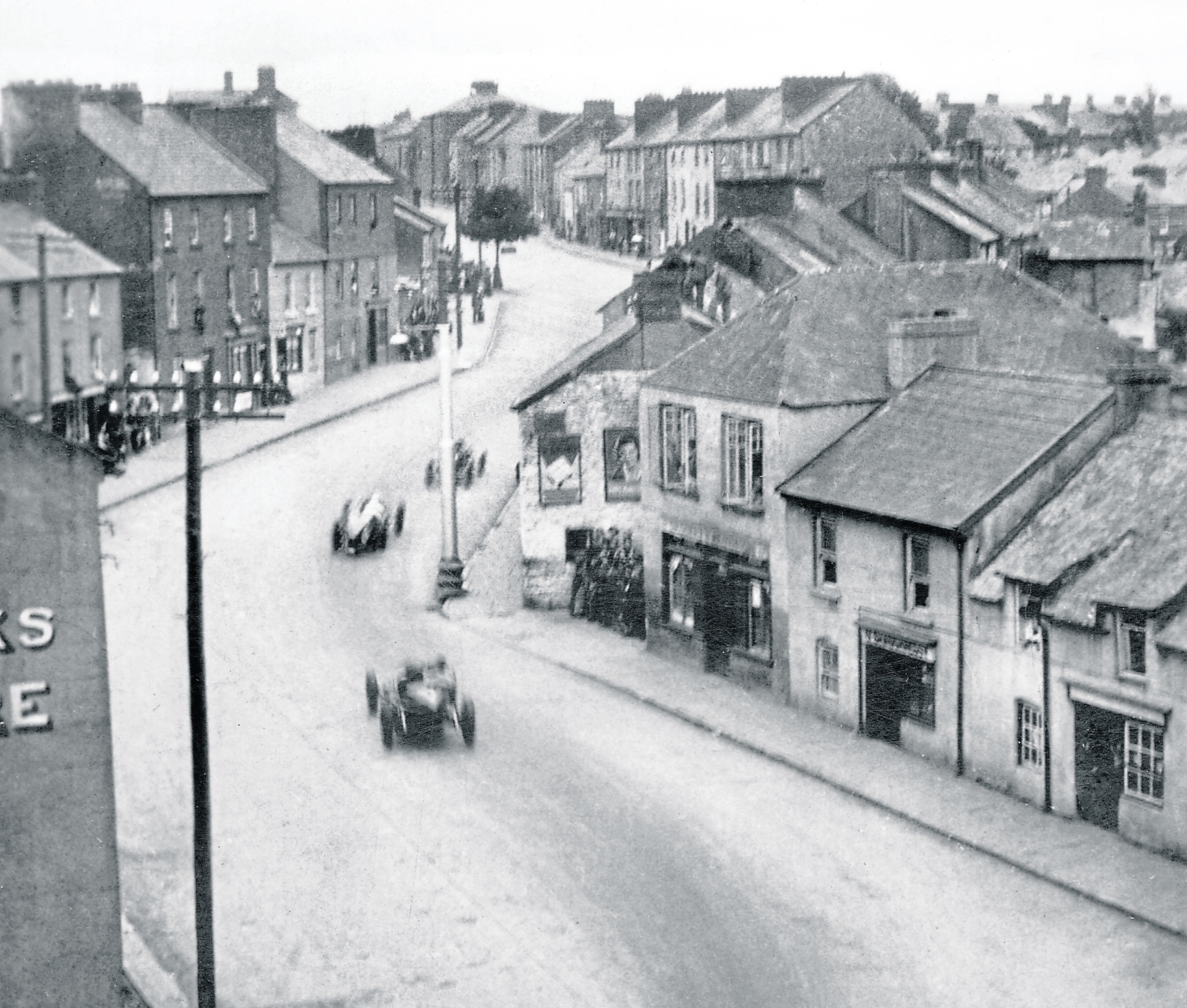 One of the most striking photographs is one of the old Cannocks (now Penney’s) building taken in and around 1890. What a magnificent building it was, an absolute architectural gem with its iconic clock.

Indeed in this book Sean has added more editorial and includes a very interesting history of the Cannock store, which was on what was then called George Street. 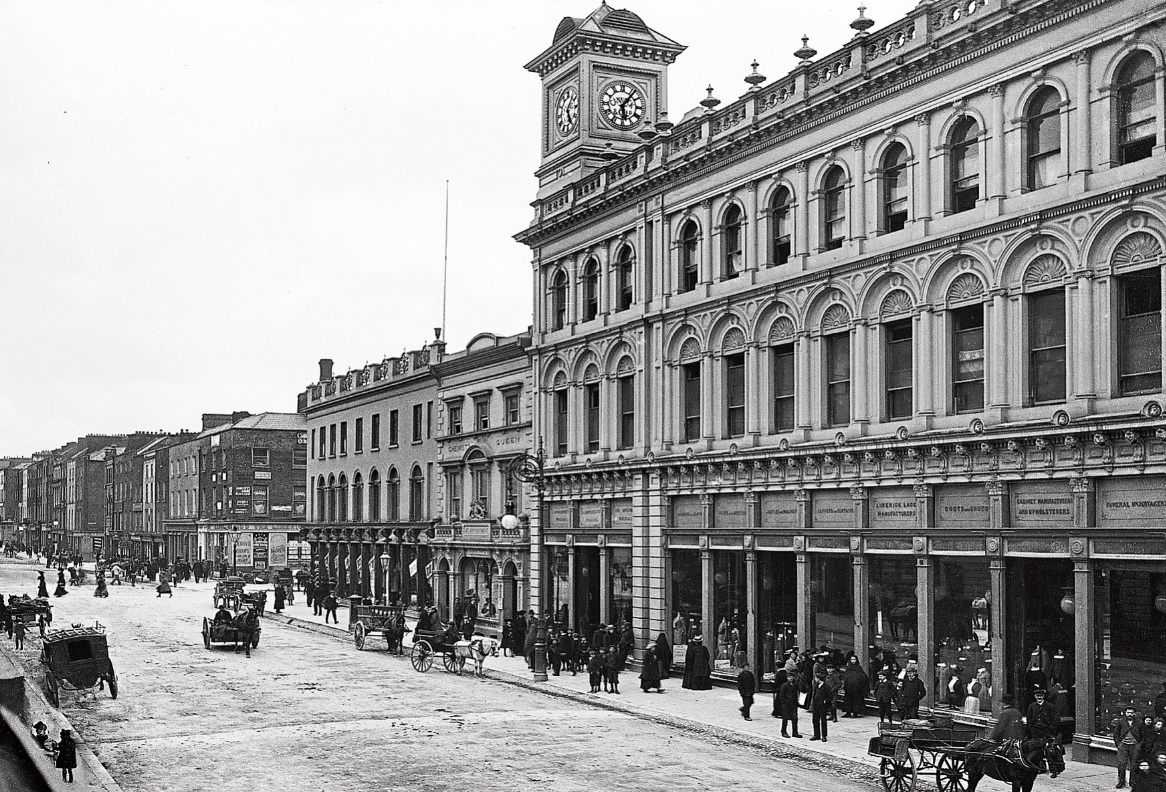 “It surpasses in architectural grandeur, in extent and area, in convenient arrangement of sections and departments any establishment of the kind in the province of Munster, its notable and graceful clock tower rising to an altitude of 180 feet,” a review of the building printed in early 1900’s states.

Interestingly Sean also has a photo which shows scaffolding around the Cannocks building in 1961 and aptly titled “the beginning of the end”.

Within a year the magnificent frontage was gone, chipped away stone by beautiful stone. What a shame and what a loss to Limerick.

On the back page of the book are a number of striking old adverts. One is for the famous old bacon factory, Mattersons. On a old ten shilling note, which only older readers will remember it states: “Be Irish -Buy Irish. The Shamrock Brand is the trade mark of Mattersons famous for Limerick bacon, sausages, peas, beans, carrots, savories, brawn, etc.”

Another colourful advert from the Pavilion Confectionary, 22 Roches Street, adorns the page with an advert for Matterson’s Beans with port and tomato sauce. Sean even has photos going back to 1894, with a very rare image of an extremely busy Limerick Docks from that period, full of tall ships and timber imports.

There are plenty of more impressive photographs including one of the late JJ Kenneally, the famous Limerick jeweller who died earlier this year and whose ashes were brought to Croke Park on the day of the match, as from beyond the grave, he cheered Limerick to a famous victory.

The photo of JJ was taken in Barrington’s Hospital in 1986, after he was shot twice in a raid on his premises on Wickham Street. The photograph shows the then Mayor, Pat Kennedy and members of the local St Joseph’s Scout Troop holding aloft the J.J. Kenneally shield for scouting which they had won earlier that year.

All of Limerick life is here on every page of this lovingly crafted collection, and what a credit it is to Sean once again.