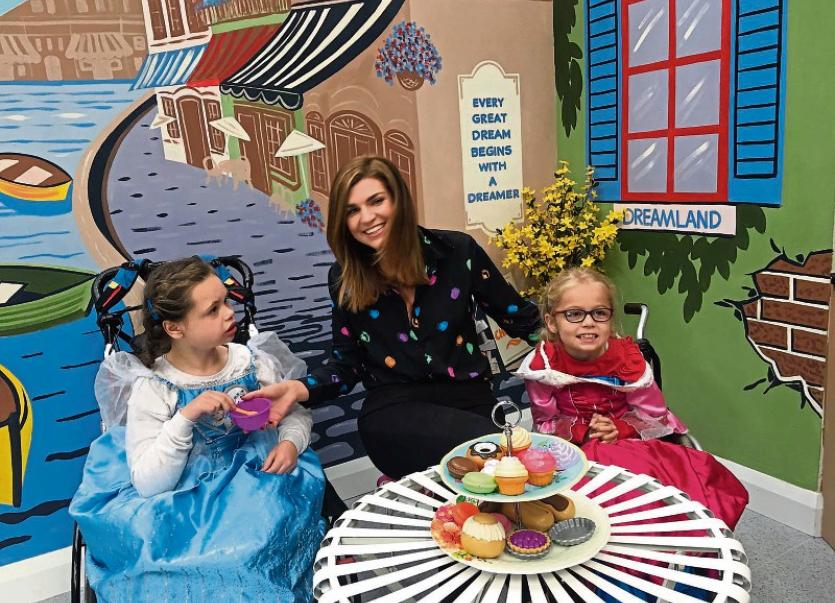 Ellie Rose Richardson and Nicole Griffin, who have been nominated for a child of courage award, with broadcaster Muireann O'Connell

ONE OF the most special evenings to take place in Limerick will return for its 13th outing this November.

The 2018 Dream Ball and National Children of Courage Awards, which takes place at the Radisson Blu Hotel, Limerick on Saturday, November 24, was officially launched in Share a Dream Foundation’s Dreamland fun centre.

Six O’Clock Show and Today FM presenter Muireann O’Connell, who is from Limerick, met with Nicole Griffin from Rhebogue Road and Ellie Rose Richardson from Borrisokane, two of the brave nominees, to share a cup of tea and sweets at the Dream Café to launch the event.

Eight very special children, who have shown unbelievable courage and determination in the face of illness, have been selected from nominations from all over Ireland. Their determination to get as much out of life as possible in spite of their illness or disability will be honoured and their dreams will come true on the night, Share a Dream said.

Ms O’Connell will be one of the many celebrity guests at the Dream Ball and awards show next month, with RTÉ 2FM’s Will Leahy to be MC on the night.

Shay Kinsella, the founder and CEO of the Share a Dream Foundation, said he was excited at the return of the awards and continuing to bring joy to brave youngsters.

“There is no greater joy in the world than seeing the smile on the face of a very special child who has suffered so much in their short and traumatic young lives when their fondest dream comes true.

“Knowing that you made it happen, it’s just magic,” Mr Kinsella described.

To book your ticket for the ball or to donate to the Share a Dream Foundation visit shareadream.ie/events or call 061-200080.