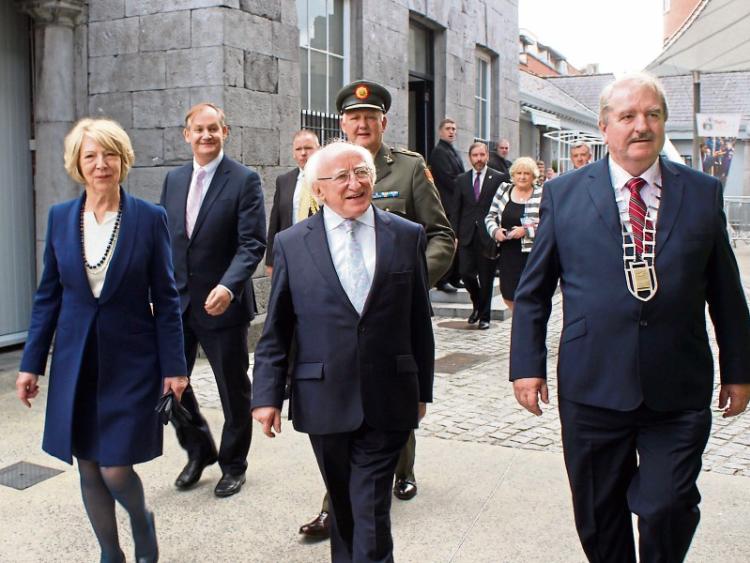 Cllr Kevin Sheahan was Mayor when President Michael D Higgins, who has won a second term in the Aras, was given the Freedom of Limerick

Cllr Sheahan was speaking after the former Dragons Den star confounded many people’s expectations to poll 23.3% of the vote nationally – and almost 35% in Limerick County.

He did particularly well in boxes in Rathkeale and Askeaton, towns with significant Traveller populations, following his well-documented criticism of their culture.

The former mayor accused successive governments of failing to properly tackle any issue Travellers may cause, adding: "I’d challenge anyone to tell us what we do for them apart from throw social welfare at them and provide them with houses.”

And he suggested Mr Varadkar, by intervening in the debate to ask people not to vote for Mr Casey might have caused people to pick the businessman and “to give two fingers” to the Taoiseach.

Mr Varadkar said this Sunday Ireland “shouldn’t make a winner out of a loser”, in relation to Mr Casey, who was still tens of thousands of votes behind Presidential election winner Michael D Higgins, elected for a second term in comprehensive fashion.

Cllr Sheahan said: “He’d be well advised to keep his mouth shut. The Casey issue might come back to bite him. By his contributions, it means he is totally ignorant as to why it happened. It is a statement clearly indicating our Taoiseach and his advisors are not plugged in or connected to the issue that made what happened happen yesterday.”