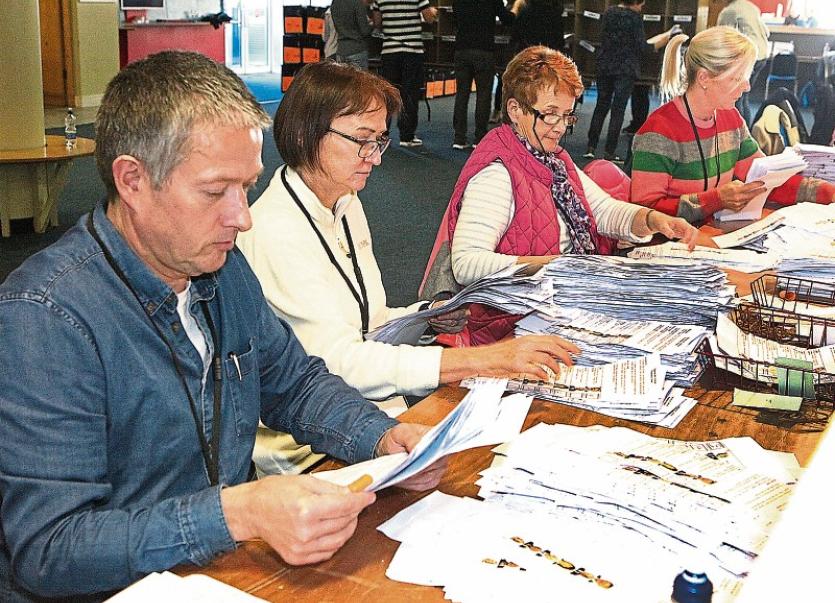 Staff at the count centre in the Limerick Racecourse sorting through the votes earlier today PICTURE: DAVE GAYNOR

LIMERICK has voted by a significant majority to remove the prohibition on blasphemy from the Constitution.

The referendum has been carried in Limerick with 40,152 in favour the removal of the stipulation of blasphemy being a crime, something which was included in the 2009 Defamation Act.