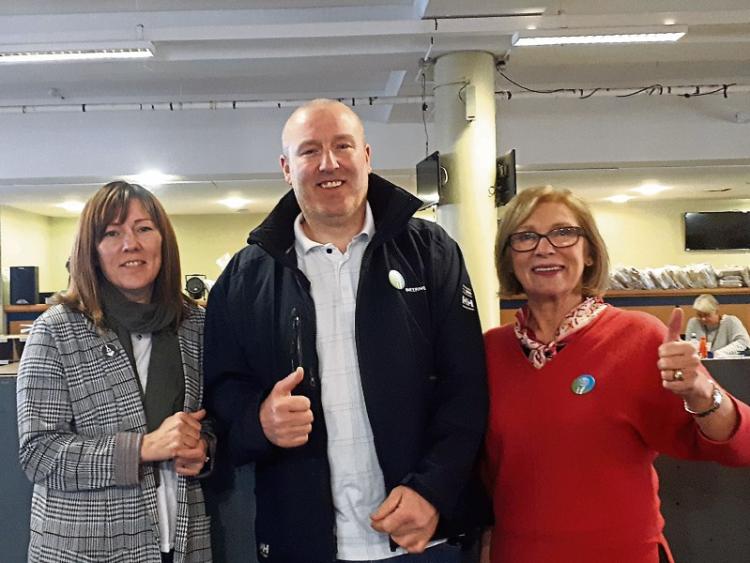 “It’s brilliant. We cannot be happier. My mother is overjoyed. Everyone is delighted. He has done us all proud, he is a great statesman.”

The reaction of Sixmilebridge man Michael Lyons, a nephew of President Michael D Higgins, who is on course to win a second term in  Áras an Uachtaráin.

Michael, his sister Bernie McQuillan and some of the President Higgins’s grandchildren were at the count centre here at the Limerick Racecourse this afternoon as his victory became clear.

Michael admits that compared to seven years ago, this campaign has been “more surreal”.

A little bit of stardust here at the #Limerick count centre: Some of @MichaelDHiggins family have popped in. Mike and Kathleen Lyons from Sixmilebridge w/grandnieces and grandnephews Ruby, 7, Adam,6, Emma, 2 and Alice and PJ , Kathleen and Mike's kids.Other son Mikey not present pic.twitter.com/QKdBSYjICs

“It was a totally different campaign. Seven years ago, there were more posters. I remember  myself and Tom Shortt put up 350 posters in one day – and it was raining all day! This time, there are a lot less posters. He was more confident going into the campaign,” he told reporters.

Originally from Shannon, Michael has just come off a night shift in the Industrial Estate. He has another one tonight, so he won’t be able to celebrate properly until the Bank Holiday Monday.

Asked how he is as an uncle, Mike added: “He is brilliant, he’s very down to earth. He is just like one of our own. Sabina is lovely, they are real family people. They welcome you with open arms. It’s just wonderful.”

There will be a get-together in the coming days with President Higgins, he confirmed.

President Higgins’s elder sister Kathleen Lyons, Michael’s mother, who lives in Shannon will no doubt take a call from him later today, he added.

Seven years ago, upon hearing of his win, she took the first train from Limerick up to Dublin to join him for his celebration.