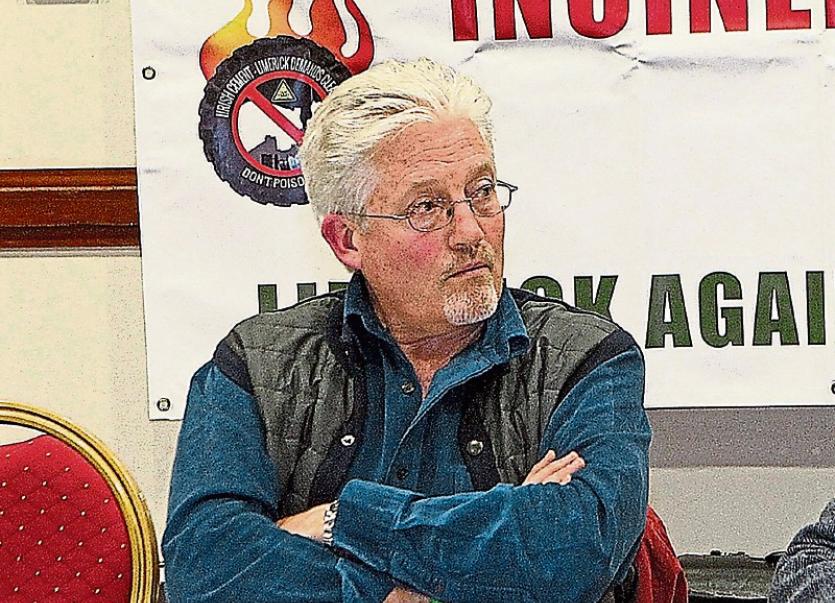 THE main opposition group to Irish Cement’s €10m Mungret plans has indicated it may oppose plans to develop further homes in the area.

But in a letter to the Limerick Leader signed by Dr Angus Mitchell of Limerick Against Pollution and fellow members, they claim if the Environmental Protection Agency (EPA) approves a licence for Irish Cement to replace the burning of fossil fuel with tyres and waste, “we will have no choice” but to challenge the plan.

“Further residential expansion in the Mungret-Raheen area and industrial incineration are mutually exclusive,” he said.

Irish Cement’s proposals to switch away from fossil fuels have proven to be hugely controversial, with almost 4,000 people objecting to the environmental regular over the plans

Despite this, An Bord Pleanala has already granted Irish Cement permission to store the materials, meaning the final piece in the jigsaw for the firm is for the regulator to afford the firm a licence.

The opposition to the plans is mainly based around environmental concerns, with many claiming the reforms will lead to an increase in dioxins into the local environment.

But Irish Cement has always maintained that since the burning will take place at high temperature, there will be no extra emissions.

In a statement previously, Irish Cement say the plans are “essential to ensure the long-term viability of the Mungret factory, which is currently the only cement factory in Ireland not using alternative fuels and one of the last in Europe not to be availing of these.

Sixty construction jobs would be created while the futures of the 80 staff working on site will also be protected, the firm says.

Dr Mitchell says if the EPA clears the way for Irish Cement to operate, they would challenge the Mungret development “on the lack of joined up thinking”.

“Where has the consideration for the reforms and the change of use, in terms of turning it into essentially an incinerator been taken into account, with regards to the development of hundreds of not thousands of new houses in the very shadow of the plume,” he told the Limerick Leader, “The trouble with all this is what you’re dealing with is a essentially a failure to apply the precautionary principle.”

He said LAP has been told on many occasions there are no risks with Irish Cement’s plans.

”But there is just not the evidence to back that position up,” he said.

The deadline to submit an objection to the EPA licence is November 4. Irish Cement declined to comment when contacted by the Limerick Leader.