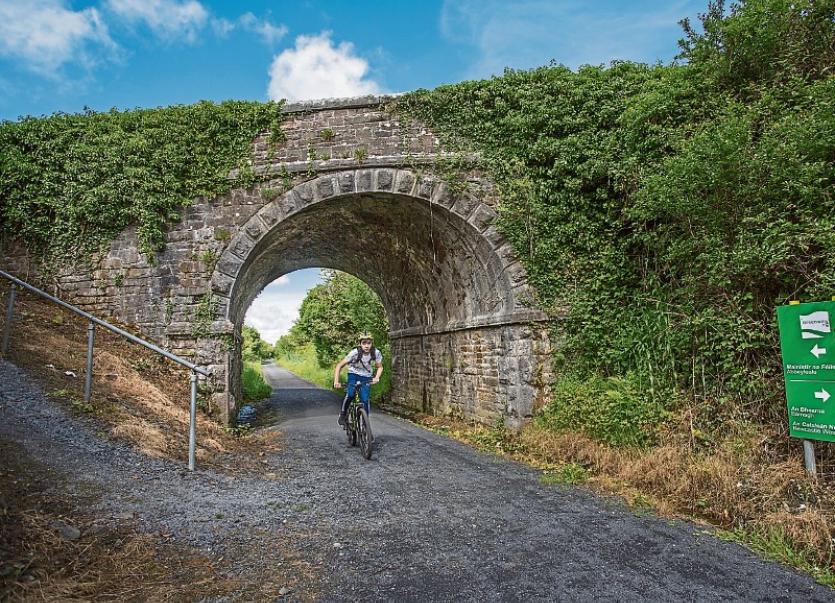 A section of the greenway near Templeglantine

CONCERNS have been expressed that sections of the Great Southern Greenway between Rathkeale and Abbeyfeale are unsafe and are an “accident waiting to happen”.

Members of the Adare–Rathkeale Municipal District have backed a motion calling for an audit to carried out focusing on areas such as signage, access and amenities for users of the greenway.

Cllr Stephen Keary, who proposed the motion, claimed parts of the surface are loose and that only one bike can be accommodated in certain areas of the greenway.

“It is a potential hazard, it is an accident waiting to happen and people using the greenway are in danger,” he stated, adding that the greenway passes through a “working farmyard” near Rathkeale.

Cllr Adam Teskey, chairman of the Adare–Rathkeale Municipal District said the local authority is spending enormous amount of money on the greenway and that the concerns raised have to be addressed.

“It has to be looked at, we hear about all this investment going into it but it’s very hard to see it,” he said.

Supporting the motion, Cllr Ciara McMahon said any proposals to extend the greenway should be put on hold until the concerns are addressed.

“We seem to be failing in making what we have adequate. Why extend what  we can’t get correct in the first place,” she said suggesting that a council official provide an up-to-date report to councillors.

While acknowledging the concerns of his colleagues, Cllr Kevin Sheahan questioned the merit of carrying out a full audit as proposed.

Cllr Keary’s motion was passed and will be referred to council executive for a formal response.